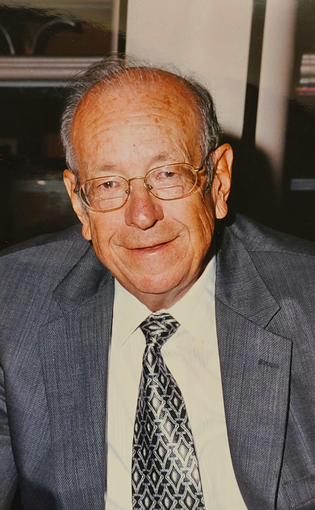 William (Bill) S. Stratton, Jr., 88, of Dallas, passed away on September 20, 2020 in Abilene. Visitation will be 5:00pm – 7:00pm, Thursday, September 24th at The Hamil Family Funeral Home in Abilene. At 6:00 pm, Dr. Jeff Reid, Associate Pastor at Pioneer Drive Baptist Church in Abilene, will offer a prayer for Bill. Graveside services will follow at Restland Funeral Home and Cemetery in Dallas, Texas at 1:00pm Thursday, October 1st. Services are under the direction of The Hamil Family Funeral Home, 6449 Buffalo Gap Road, Abilene. Bill was born in the front bedroom of the family home on Velaso Avenue in Dallas, Texas to Bill and Vera Stratton on September 5th, 1932. He graduated from Woodrow Wilson High School in Dallas and went on to attend Texas A&M in the Aggie Corps, graduating in 1954 with a bachelor's in mechanical engineering. Bill was married to Marjorie Louise Lloyd on June 25th, 1954 and began what was to be a very full and memorable life full of love and adventure. He began working for Sun Pipeline Company in Beaumont, Texas shortly after graduation and went on to travel the globe with Margie for the next 45 years, having lived in Venezuela, Philadelphia, Dallas, Hong Kong and Gabon, West Africa. After Margie's passing in 2000, Bill married Trilba Keller of Abilene on September 7, 2001. Thus, began another globetrotting marriage as Bill and Tril happily traveled the world. During his college years, he was drafted into the U.S. Army to serve our country during the Korean War as an MP in France, returning home to finish his ME degree almost two years later. Bill was preceded in death by his parents Bill and Vera Stratton, his sister Frances Stratton Bell and his wife Marjorie Stratton. Bill is survived by his wife Tril Stratton; son Gary Stratton of College Station; daughter Shelly Dillin of Dallas; stepson Britt and Judy Keller of Sugar Land; step daughter Cheryl Solberg of Grinnell, Kansas; six grandchildren and three great-grandchildren. Memorials may be given to The American Cancer Society or The American Diabetes Association. The family of Bill Stratton wishes to extend our sincere, heart-felt thanks to John Stevens and Greg Pace of Abilene for their incredible friendship full of love, laughter, support and direction, BeeHive Homes of Abilene for the genuine love and affection they showered on Bill while caring for him during his last days and Kathi Carter of BeeHive Homes of Abilene for her outstanding and exhaustive efforts to make sure he was truly at home.
To order memorial trees or send flowers to the family in memory of William Statler Stratton, Jr., please visit our flower store.