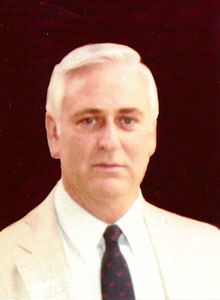 Dr. William Orlan Akin of Abilene, Texas passed away on Wednesday, February 3rd, 2021 at home surrounded by loved ones. Due to the COVID-19 virus there will be no funeral service or visitation. A private family service will be held at a later date. Cremation arrangements are being handled by The Hamil Family Funeral Home, 6449 Buffalo Gap Rd.

Dr. Akin was born in Mountain View, Oklahoma on February 21, 1935 to William G. and Erna Akin.

He received a B.S. from Texas Tech University and his M.D. from The University of Texas Medical Branch (UTMB) at Galveston.

He did his Rotating Internship at UTMB Galveston, and his General Surgery Residency at Loma Linda University at Riverside County General Hospital in Riverside, California.

In 1962 during the Cuban Missile Crisis he was drafted out of his ENT-Head and Neck Surgery Residency at UTMB Galveston and was stationed as a Captain at the 1360th U.S.A.F. Hospital Orlando, Florida where he was Chief of Otolaryngology.

Dr. Akin was a member of the Episcopal Church of the Heavenly Rest in Abilene, Texas and is survived by his wife of 62 years Joan, daughter, Cynthia Lynn Akin, son, William Gregory Akin of Abilene, sister Glenda Berryman of Birmingham, Alabama and sister-in-law Maxine Roberts of Austin, Texas.

Memorial donations may be given to the Episcopal Church of the Heavenly Rest, West Texas Rehab Center Hospice, Rescue the Animals, the ASPCA, Ben Richey Boys Ranch, or to the donor’s favorite charity.

To order memorial trees or send flowers to the family in memory of William Orlan Akin, please visit our flower store.