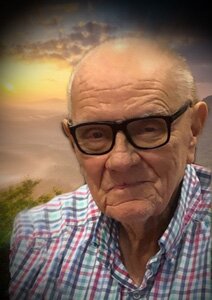 Funeral services will be held at 10:00 a.m., Saturday, May 21, at St. Paul United Methodist Church, with Dr. Bob Monk, officiating.   Burial will follow at Elliott-Hamil Garden of Memories Cemetery, 5701 Highway 277 South.  Services are under the direction of The Hamil Family Funeral Home.

Walter was born in Middletown, CT, to Joseph and Ruth Urban on March 21, 1933.  He graduated with a B.S. from Texas Western University and an M.S. from Abilene Christian University. He married Marjorie Hendrick Urban on June 1, 1957 in Abilene, to whom he was fiercely devoted. He worked most recently as Dean of Students for Student Affairs at McMurry University where he was actively involved in campus life and was dedicated to students’ wellbeing.  Walter also served in the US Air Force, retiring as a Chief Master Sergeant (E-9) and was a veteran of the Vietnam War.  He was actively involved with Phi Beta Kappa, Kiwanis Club and St. Paul United Methodist.  Walter enjoyed weekly golf with friends and was affectionately called “Big Papi” by his grandsons due to his love of baseball - supporting the Brooklyn Dodgers (back in the day) and the Texas Rangers.

Walter was preceded in death by his wife Marjorie Hendrick Urban and their infant daughters Lisa Ann Urban and Anne Lucille Urban, his parents Joseph and Ruth Urban, his brother Charles Urban of East Haddam, CT, and in-laws James and Ruby Hendrick of Baird, TX, all of whom he loved deeply.

In lieu of flowers, memorials may be given to the Scholarship Fund at McMurry University (givemcm.edu) or the Moodus Reservoir Preservation Group (moodusreservoir.org), aimed at preserving the health of the lake upon which Walter was raised.  The family of Walter wishes to extend our sincere appreciation to Wesley Court Senior Living, Lyndale Memory Care and Hendrick Hospice Care for their kindness; Baylor Scott and White Marrow Transplant Program and Dr. Toby Williams for their expertise; and the Beacon Class at St. Paul United Methodist for their enduring love and friendship.

To order memorial trees or send flowers to the family in memory of Walter Urban, please visit our flower store.