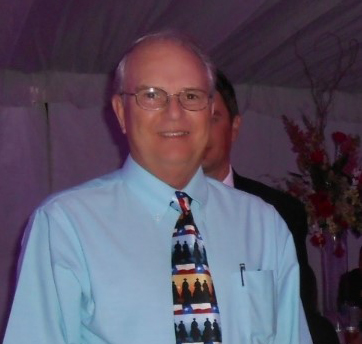 Walt Creason, 73, of Abilene, Texas passed away on September 16, 2021 at a local hospital. Visitation will be this Sunday, Sept 19th from 4 – 6pm at The Hamil Family Funeral Home at 6449 Buffalo Gap Rd in Abilene, TX. Funeral services will be held at 10 am on Monday, Sept 20th in the sanctuary of Pioneer Drive Baptist Church at 701 South Pioneer in Abilene, TX. Graveside service & burial will be at 2 pm on Monday, Sept 20th at Hamlin, TX cemetery. Services are under the direction of The Hamil Family Funeral Home. Please visit their website for more information. Walt was born in Ft. Benning, GA to Shelly Leona & Leman Creason. His father, Leman, was an Army Master Sgt. and as a result, they were re-located from Ft. Benning to Ft. Smith Arkansas, and later to Ft. Still Oklahoma. He & his mother moved to Hamlin, Texas in 1960, after his father's death where he attended Hamlin High School. He received his high school diploma from Hamlin High in 1966 and in the fall, enrolled to Hardin Simmons University, where he graduated with a Bachelor in Business Administration in 1971. He stayed in Abilene and worked for The Abilene Reporter News for 18 years, rising to Senior Retail Advertising Executive. He later joined AT&T, where he worked for 15 years in sales and retired in 2009. Walt played golf on the Hamlin High School Varsity team and continued to enjoy golf throughout his life. He once won a brand new Chevy truck by hitting a hole-in-one on a particular hole while participating in a local team tournament. In June of 1988, he married Addie Neal whom he met at Pioneer Drive Baptist Church. Addie (Wilson) Neal – Creason worked for AISD for over 30 years and they had a great life working, attending Sunday School & Church, and traveling. Some of their memorable travels were to Alaska with Addie's brothers & sisters and spouses and also an unforgettable trip to Paris, Rome, Venice, & Italy in 2015 with their daughter, son in law, & granddaughter who studied abroad in Italy. Walt was completely devoted to Addie and they treasured family time with both daughters, the grandchildren, & great-grandchildren. Walt loved his family and was always a loving big brother to his sister and two brothers. Walt was preceded in death by his father, Leman Creason; his mother, Leona Creason; and 2 special aunts, Lola Long & Loucille Holmes. He is survived by his wife, Addie Creason of Abilene,TX; daughter, Janae Neal-Franklin of Abilene,TX; daughter, Sherri Frazier & husband, Miles Frazier of Abilene,TX; granddaughter, Whitney Frazier of Dallas,TX; grandson, Corey Ritchey of Jourdanton,TX; four great-granddaughters; brother, Gary Creason of Pagosa Springs,CO.; brother, Joe Creason of Abilene,TX; and sister, Jannie Richter & husband, Steve Richter of Sanger,TX. Anyone wishing to send donations in lieu of flowers, may send to American Stroke Association in honor of Walt & Addie Creason. The family wishes to extend their sincere appreciation & gratitude to the doctors, advanced practioners, nurses, respiratory therapists, & medical personnel of Hendrick Medical Center for their excellent care, expertise and ceaseless work. And a special thanks to the wonderful HMC South PCU nurses, ICU nurses, advanced practioners, and doctors who attended and cared for him and kept the family updated. The family would like to also extend our heartfelt thanks to Pioneer Drive Baptist Church who has been our extended family and support for so many years and continue to circle us in prayers & love while we walk in faith of our Lord.
To order memorial trees or send flowers to the family in memory of Walter Francis Creason, please visit our flower store.