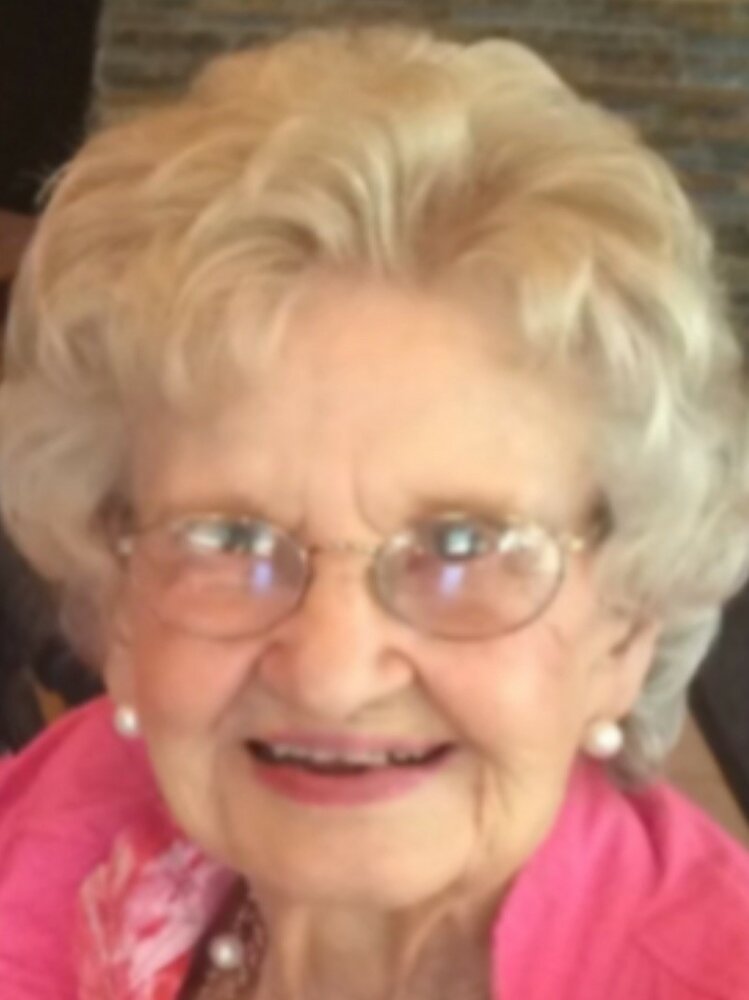 Virginia Nollner, devoted mother, grandmother, great-grandmother, aunt, and friend was welcomed into the presence of her Lord and Savior early in the morning on Sunday, May 8, 2022, just two months shy of her 100th birthday. She was born July 20, 1922, in Hereford, Texas to Edgar and Era East, who bred and raised registered Hereford cattle in the Texas Panhandle. She graduated with a degree in music from Hardin Simmons University in 1943 where she was named Broncho Sweetheart and served as President of Cowgirls. While there, she met her husband, Derward Nollner, and they were married in 1944. After WWII and several years in Austin, they returned to Abilene in 1952. They took great pride in their two daughters Nancy and Ann and supported them wholeheartedly and enthusiastically in all their activities. In 2011, she moved to Dallas to be closer to her family. In her new home, she readily made new friends while maintaining cherished relationships through sending countless cards and notes.

Virginia and her family were active members of First Baptist Church where they made many close, lifelong friends. She taught and played the piano in 2nd grade Sunday School for 48 years, and was one of the first women to be ordained a deacon. Missions were close to her heart, and she was director of Women’s Missionary Union for many years. She was also privileged to serve on the State Missions Commission of the Baptist General Convention of Texas. Virginia enjoyed membership and served in leadership of the Abilene Woman’s Club, 20th Century Study Club, Quilt Club, and Harmony Club. She and Derward organized numerous tours to Europe where they developed a relationship with the citizens of Oberammergau who presented the famous Passion Play in Germany. Other favorite travels included several trips to the Holy Land and Egypt.

Affectionately known as “Meme” to her grandchildren, Virginia’s greatest joy was being with family and friends. Her sweet, infectious smile and tender, gentle spirit will be missed by many. Her family is eternally grateful for her unconditional love and for her gracious acceptance of bumps along the road of life. She extended kindness to everyone she met, and was always a reflection of God’s grace. She served the Lord faithfully and now is safe in His arms forever.

Virginia was preceded in death by Derward Nollner, her beloved husband of 48 years; her only sibling Dr. Henard East; and her parents. She is survived by her daughters Nancy Withrow and Ann Strawn; five grandchildren—Kim (Jeff) Mauser, Matt Withrow, Laura Lyn Nichols, Ryan (Katie) Cooper, and Drew Cooper; seven great-grandchildren—Nicole, Luke, and Mark Mauser, Emery and Cade Nichols, and Caroline and Natalie Cooper; as well as two nieces, a nephew, and their families.

Memorials may be made to City Light Community Ministries, 336 Hickory St., Abilene, TX 79601, or to a charity of your choice. You can also honor her memory by blessing someone with a note of encouragement or appreciation.

A private burial will be held, and a celebration of her life for family and close friends will be scheduled at a later date.

To order memorial trees or send flowers to the family in memory of Virginia East Nollner, please visit our flower store.