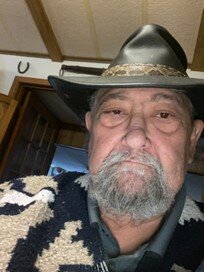 Ulous Ebey Bothe (Ebey), 65 of May TX, was set free to be with our Lord and Savior on Thursday April 28th, 2022. Ebey was born at Medical Center Hospital March 29th, 1957, to Ulous Augusteen Bothe and Mary Kail Williams. Ebey was blessed to have two mothers in his life, Mary Kail Williams and Thelma Louise Bothe, who married his father Ulous Augusteen Bothe April 19th, 1959.

Those who knew Ebey best would say “Don’t ask Google, Ask Ebey”. He was the ultimate bookworm with a mind full of knowledge and a lifetime full of adventure and experience. Ebey was a master scuba diver and taught scuba diving classes with his mom and dad at their family-owned scuba shop, Scuba Connections. Ebey was a superhero of sorts, he saved an elderly woman who collapsed on the side of the road, swam against a current to save a man from drowning (friends who saw this called it “Spectacular”), grabbed the barrel of a shotgun and moved it away from his family prior to it going off, and ran an abusive man away from a woman who desperately needed help. He was always willing to put his life on the line for his family and friends.

Ebey married his best friend and the love of his life, Karen Lynn Bothe, on April 18th, 1986. They had the most beautiful, fun, fulfilled life together. Ebey became the father of Daniel and Carey Cole. He taught Daniel and Carey the importance of having respect for others, the value of intelligence, how to fight for what they believed in, and most importantly loved their mother the way a woman should be loved. In October of 2016, Ebey was blessed with news that he had a biological son, Jodi Wayne Jones. Ebey embraced Jodi as if they had never missed a day together and only regretted not having more time with him.

Ebey’s grandchildren were the lights of his life. He loved teaching them about music, nature, and the arts. He raised his granddaughter Brooklyn like a daughter. She was his pride and joy and he was hers.

There will be two services. The first will be held Saturday May 7th, 2022 at the American Legion (big hall) in Odessa, TX at 1:00 pm followed by a celebration of life (small hall). The second service will be held at Lake Brownwood at a later date.

In Lieu of flowers the family is asking donations be sent to his wife Lynn in his honor to:

To order memorial trees or send flowers to the family in memory of Ulous Ebey Bothe, please visit our flower store.