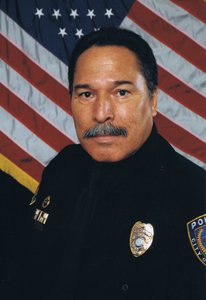 Santos Perez, 67, of Abilene, passed away on June 5, 2020 after a brief illness. Visitation will be on Tuesday, June 9, 2020 from 5:00 to 7:00 p.m., at The Hamil Family Funeral Home, 6449 Buffalo Gap Road, a rosary will be held following the visitation at 7:00 p.m. Graveside service will be 10:00 a.m. Wednesday, June 10, 2020 at the Texas State Veterans Cemetery at Abilene, 7457 W. Lake Road, Abilene. Santos was born in Fresno, California on August 21, 1952. He attended Rotan High School and then served in the US Army 82nd Airborne Division from 1972-1975, as a Sergeant E-5. Santos served as a patrolman for the Snyder Police Department from 1975-1976 and also attended Western Texas College and later Hardin-Simmons University. He married Gloria Bryand on May 3, 1977. Santos graduated from the Abilene Police Department Academy 20 in November, 1977. His career with the Abilene Police Department would be from 1977-2010. During his time on the Department, Santos was a founding member of the SWAT Team and served with the distinction until 1998. Santos was a Master Peace Officer. He was a long serving Field Training Officer and helped to train and mentor countless new officers in the Department. Santos was awarded the Life Saving Award in 2004 for saving a citizen from a burning vehicle. Santos ended his 33 year stellar career in December, 2010. Santos continued serving the department as a background investigator helping to select future recruits. Santos is the only police officer to date who has been honored as the Police Officer of the Year three times in his career. Santos was an active member of the Sacred Heart Men’s Group and served on the Finance Committee and Parish Council. He was an usher at the 11:30 Sunday Mass. Santos loved playing his guitars and watching westerns. He always loved talking about his grandboys, but pulling weeds in his yard at his home was a big passion. He loved a clean yard. Santos was preceded in death by his parents, Rafael and Alberta Alvarado and step-mother, Augustina Alvarado. A sister, Lucilla, also preceded him in death. Santos is survived by his wife of 43 years, Gloria Bryand Perez; daughter, Emily Perez Patton (Nathaniel); sons, Mark Ray Perez and Lucas Diego Perez; sister, Anita Herrera (Delio); grandchildren include Dax Bryand Patton, Truex Canyon Patton, Ryan Santos Perez, and Tyler Hernandez. He also leaves behind his favorite nephew, James Herrera, and numerous nieces, nephews and cousins. Pallbearers will be: Shannon Couch, Jim Davis, James Herrera, Tony Jenkins, Nathaniel Patton, Mark Watson and Chris Smith. The Perez family wishes to thank Dr. Obi Ukabam and all the Hendrick nurses of the Parker 7th and Anderson 3rd wing for their professional care and compassion. They would also like to thank Hendrick Hospice Care for their professional care and all the wonderful CNAs and nurses. The family also wishes to thank the Veterans Administration Community Care Program and numerous friends and family. In lieu of flowers, the family requests donations be made to Hendrick Hospice of Abilene.
To order memorial trees or send flowers to the family in memory of Santos Perez, please visit our flower store.