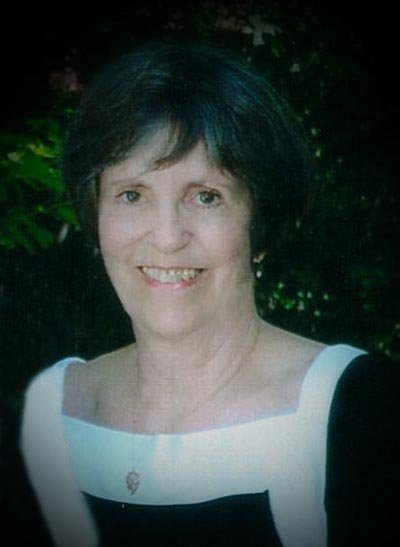 Sandra S. Hood, 85, of Granbury, TX, passed away peacefully on September 9, 2020 in Granbury. Visitation will be from 5 to 7 p.m. on Thursday, September 17, 2020 at The Hamil Family Funeral Home, 6449 Buffalo Gap Rd. Funeral services will be held at 9:30 am on Friday, September 18, 2020at Holy Family Catholic Church in Abilene with the Reverend Msgr Frederick Nawarskas officiating. Burial will follow at the Texas State Veterans Cemetery in Abilene. Please review the Holy Family Catholic Church website for information and guidelines for attending church services, as family and friends are encouraged to attend. Services are under the direction of The Hamil Family Funeral Home, 6449 Buffalo Gap Road. Sandra was born in Boise, ID to Kenneth and Claire Stringfield on March 8, 1935. She attended high school in Caldwell, ID and then went on to attend the University of Idaho in Moscow, ID. While in high school and college, she was a member of Job’s Daughters International, an organization for young women to foster leadership, charity, and character building. Sandra was a student athlete, participating in softball where her team won the state championship in 1954 and went on to compete in a regional tournament in Canada. She was named to the All Pacific Northwest all-star team in 1954. While at the U of I, she was a proud member of the Delta Gamma Sorority. Her dedication to charitable causes continued later in life when she became a member of the Philanthropical Educational Organization, a group of women focused on helping young women advance through educational opportunities. She was a founding member of her church in Abilene, Holy Family Catholic Church, where she had many friends and served on several committees. Sandra met the love of her life, Richard W. Hood, at the U of I, and they married in Caldwell, ID in June of 1956 and remained devoted to each other and their family for the remainder of their lives together. They began as a couple in the Army, where assignments took them to GA, MD, and WA. Upon discharge, they continued raising their growing family in Idaho and Utah and moved to Texas with a job transfer to Thornton’s Department Stores in May of 1967. Abilene, and Texas, then became her adopted hometown and state and remained so for the rest of her life. Sandra was the rock and anchor of the family, the homemaker that everyone relied upon. She was the kind of person who accepted and welcomed everyone into her home and loved so many people unconditionally. She tirelessly attended every school event, sporting activity and game, graduations and marriages, baptisms, and other activities for her four children and grandchildren. She was always in the stands cheering on her kids, and in the process came to know many people who would become her dearest friends. Her love of education and sports was passed on to her children, grandchildren, and great-grandchildren, as many have earned college degrees and numerous awards and accomplishments. Sandra had a love for traveling, and she got much pleasure while exploring most every state in the US. She also took trips to Europe, the Orient, and numerous trips to Hawaii with family and friends where many fond memories were made. In between trips she loved spending time at her cabin in the mountains of Ruidoso, New Mexico, and exploring the area there and all the activities of picnics, horseraces, and the wildlife. She was known as “Granny” to her grandchildren and she adored and cherished time spent with every one of them, and they all loved spending time with their Granny. Sandra is preceded in death by her husband, Richard W. Hood; her parents, Kenneth and Claire Stringfield; and her brothers, Fred Stringfield and Hugh Stringfield. Sandra is survived by her four children Jeff Hood and wife Robbin of Dallas, TX; Marty Hood and wife Pam of Granbury, TX; Stephanie Hood Novak of Abilene, TX; and Mike Hood and wife Kathy of Flower Mound, TX; 14 grandchildren and 15 great-grandchildren. Honorary pallbearers are Ryan Hood, Matt Hood, Nate Hood, Terry Novak, Alex Hood, and Ben Hood. In lieu of flowers the family asks that donations be make to a drug and alcohol rehabilitation center of choice.
To order memorial trees or send flowers to the family in memory of Sandra S. Hood, please visit our flower store.