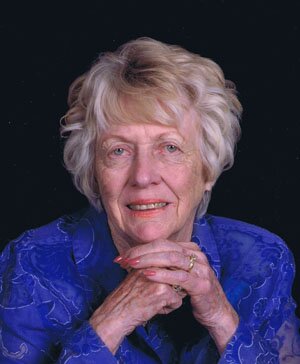 Funeral services will be held at 11:00 am on Saturday, July 9, 2022, at the Paint Rock Methodist Church at 369 S. Hall Avenue in Paint Rock, Texas. Dr. Cliff Stewart of 1st Central Presbyterian Church in Abilene will be officiating. She will be buried at 10:15 am, Saturday, July 9, 2022, in the Paint Rock cemetery. Services are under the direction of The Hamil Family Funeral Home, 6449 Buffalo Gap Road, Abilene.

Rue was born in San Angelo, Texas to Dale and Hattie Rue Campbell on September 20, 1933. She graduated from Highland Park High School, then went on to earn a bachelor’s degree in art from TCU. She married Jerry Ford on August 25, 1956. She was a very active and proud member of Kappa Alpha Theta sorority and was the 1st president of the TCU chapter. A near lifelong tennis player, Rue won the district singles title in high school and continued to play competitively until near 80. She was also a dedicated bridge and mahjong player.

Rue was preceded in death by her mother and father.

To order memorial trees or send flowers to the family in memory of Rue Campbell Ford, please visit our flower store.