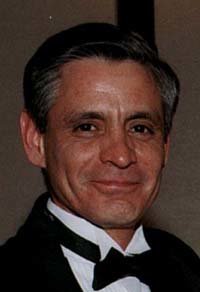 Funeral Mass will be held at 10a.m. Wednesday, September 11, 2019 at Holy Family Catholic Church with the Rev. Monsignor Fred Nawarskas officiating.   Interment will follow in the Abilene Municipal Cemetery under the direction of The Hamil Family Funeral Home.

Ruben was born on October 25, 1958 in Abilene to the late Pasqual and Emilia (Alvarez) Guerrero and graduated from Abilene High School. He and Dana Williams were married on February 11, 1982 in Abilene.  Ruben was owner/operator and also worked as a mechanic and body repairman for the family company, Guerrero Truck and Body Works.  Ruben was an avid Dallas Cowboy fan; he loved watching football and working in his yard, but his favorite pastime was spending time with his family. He loved being around his wife, children, grandchildren and siblings. Ruben was a resident of Abilene all his life.

He is preceded in death by his parents and two brothers, Pascual and Richard Guerrero.

To order memorial trees or send flowers to the family in memory of Ruben Guerrero, Sr., please visit our flower store.