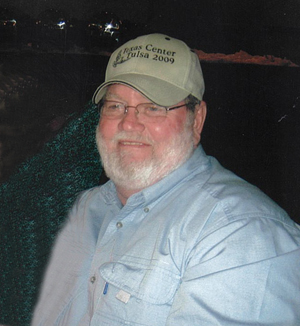 Ronnie Bradshaw 78 passed away December 9, 2021, surrounded by his loving family.

Born July 22, 1944, to Jerri Armstrong and Bill Bradshaw, Ronnie would later start his family in Abilene,Texas with his loving wife Barbara (Crossland) Bradshaw and their 4 children David, Lisa, Kevin, and Scott.

Ronnie would go on to work in the oilfield at Hack Drilling and then later would move on to Ringo Drilling where he worked numerous years alongside two of his sons. He spent most his free time hunting, fishing, and racing pigeons. In 1981 Ronnie and his wife Barbara would buy the Dixie Pig Cafe where he could be found sitting on a stool at the front door tormenting, teasing, and playing around with all of his family and fellow customers.

Ronnie was proceeded in death by his parents Jerri Armstrong and Bill Bradshaw and two sons Kevin and Scott Bradshaw.

Ronnie is survived by his wife Barbara of 59 years; his son David and wife Jill, his daughter Lisa Dabney and husband Donny; brother, Michael Armstrong and wife Kelly; grandchildren D.J. and wife Andrea Bradshaw, Krista Martin and husband Trevor, Barbie Johnson and Larry Hambrick, Brooke Boyd and husband Taylor, K.J. Bradshaw and Kaylee Owen, Chance Dabney and Tina Dabney, all residing in Abilene along with 15 great grandchildren who he adored and 5 dogs that were his real babies!

In Lieu of flowers please make all Donations to Rescue the Animals. The family wishes for privacy during this time and no services will be held in honor of Ronnies request.

Memories may be shared and condolences left at: www.HamilFamilyFuneralHome.com

To order memorial trees or send flowers to the family in memory of Ronnie Bradshaw, please visit our flower store.