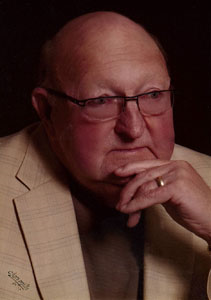 Robert Earl Stephenson, 89, of Abilene, passed away Tuesday, September 21, 2021 at home with his family.

Arrangements are under the direction of The Hamil Family Funeral Home, 6449 Buffalo Gap Road. No services are planned at this time.

Robert Stephenson was born in Marceline, MO, August 8, 1932, to Evelyn and Francis Stephenson. He graduated from Marceline High in 1950. He enlisted in the United States Air Force in April 1952 and applied for Pilot Training. He completed Jet Pilot training in Victoria, Texas in April 1954. After Pilot training he was assigned to March AFB California to fly six engine jet, B47 Bombers. On July 14, 1957, Robert married Nancy Walsworth, (also from Marceline) at the Flyers Chapel at the Mission Inn in Riverside, California. It was during this assignment that Robert and Nancy had their two children Rebecca and William, named after their grandparents William and Rebecca Walsworth.

During Robert's military career he flew 7500 hours, which included over 100 missions in Vietnam. During his career he received 20 service awards, which included The Defense Superior Service Medal, and The Legion of Merit Medal. In addition, Robert was presented the Republic of South Vietnam's Distinguished Service Order by the Chief of State, Republic of Vietnam for his efforts in Southeast Asia Operations.

In 1972 Robert had a military career change from Flying B52 Bombers to Logistics. In 1975 his supply Squadron at Hahn Germany received the Dandelion Award for the best Supply Squadron in the Air Force. He retired as a Colonel in November 1982 from the Air Force and began a new career as a Logistics Manager with the Space Shuttle Spare Program at Rockwell Collins. He transferred from the Space Shuttle program to the B1B program which eventually became Boeing.

In 1988 Robert was promoted to Boeing B1B Field Manager at Dyess AFB, Abilene Texas. His responsibilities included Ellsworth AFB, McConnel AFB, and Warner Robbins AFB. He retired from Boeing in March of 2004.

Donations may be made to Rescue the Animals, The Wounded Warriors Project, or The Noah Project.

To order memorial trees or send flowers to the family in memory of Robert Earl Stephenson, please visit our flower store.