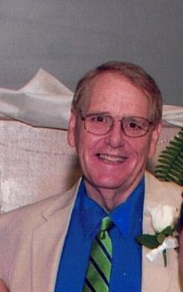 Robert Alan Phillips, 69 of Eula, Texas fought the good fight and finished his race on Earth at his home on August 16, 2019 and is now with our Lord. Bob was a fighter and overcame many illnesses before the last one, which he fought courageously.

Visitation will be at 6 to 8 p.m. on Friday August 23rd at The Hamil Family Funeral Home in Abilene, Texas.

Funeral services will be held at 10 a.m. on Saturday August 24th at University Church of Christ in Abilene, Texas.

Robert was born in Crescent City, California to Wanda Colleen Phillips and John Henry Phillips. He graduated from Tushka High School in Tushka, Oklahoma in 1968. He then went to serve his country as a Navy Corpsman from 1969 to 1973. Bob married Nelma Rose Conley on June 17th, 1978 in Medina, Texas. Bob earned a Bachelor's of Arts Degree in Bible, Ministry, and Evangelism from Abilene Christian University in 1980. He served innumerable churches during his life. Among the churches he preached for were, Huckabay Church of Christ in Huckabay, Tx., Harlendale Church of Christ in San Antonio, Tx., Crowell Church of Christ in Crowell, Tx., Sunray Church of Christ in Sunray, Tx., Leakey Church of Christ in Leakey, Tx., Aspermont Church of Christ in Aspermont, Tx., College Hill Church of Christ in Gunter, Tx., he also preached at many other churches on an interim and volunteer basis. Over the years, Bob was involved in numerous civic organizations; among them, the Rotary Club, Lions Club, and Toastmasters. His favorite way to serve the community was to announce games for youth sports and local high schools for over 25 years.

Robert was preceded in passing by his father, John Henry Phillips and his sister Barbara Wilson.

To order memorial trees or send flowers to the family in memory of Robert Alan Phillips, please visit our flower store.