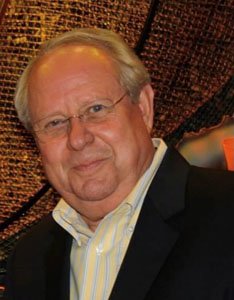 Richard Carroll Nowell, 78, of Abilene passed away Friday, February 12, 2021 from complications of COVID-19. He was born Sunday, December 27, 1942 in Abilene to William Edmon and Mary Edna Nowell. Visitation will be held Sunday, February 28 from 6 pm until 8 pm at The Hamil Family Funeral Home, 6449 Buffalo Gap Road. Graveside service will be 11 am on Monday, March 1, at the Texas State Veterans Cemetery at Abilene. Family requests that all COVID precautions be taken if attending.

He attended both Abilene High School and Cooper High School in Abilene where he was a member of Cooper’s first graduating class.

Richard proudly served his country in the United States Navy from 1960 until 1964. He married Drew Ann Conley on November 4, 1966. He worked for Commercial Credit Corporation and First State Bank of Abilene and for the past 20 years; he worked as a Right of Way Agent in Texas, Arkansas, Louisiana, Mississippi, and Missouri. In previous years he volunteered at and set on Member Boards of the Ben Richey Boys Ranch and the Boys and Girls Club of Abilene.  Richard was a member at First Baptist Church and more recently was in regular attendance with Drew at Broadview Baptist Church. He enjoyed going on cruises with Drew and spending time with his family. His wisdom and dry, humor will be missed.

He was preceded in death by his parents.

Richard is survived by his wife, Drew Ann Conley Nowell; daughter, Carol Katrice Nowell McCullough, her husband Clyde Carlyle McCullough III and their daughter Kyla Faith; son, Richard Kevin Nowell, his wife Tobi Nowell, their daughter Kaedyn Bayleigh; as well as their grown sons, AJ Clark and Spence Clark and their families,  brother, James Edward Nowell and his wife Twila  and their family and sister, Rosemary Nowell Hall and her husband Joe and their family, Aunt, Dorothy Blakeney, cousin Cheryl Blakeney Pita and her family and Jean Blakeney Robinson and her family.

Memorials may be made in lieu of flowers to Ben Richey Boys Ranch.

To order memorial trees or send flowers to the family in memory of Richard Carroll Nowell, please visit our flower store.