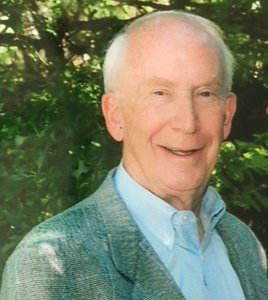 Richard W. Hood, 85, of Abilene, TX, passed away peacefully on March 22, 2020 in Abilene. There will be a private family visitation and rosary held at The Hamil Family Funeral Home in Abilene. Private memorial services will be held at Holy Family Catholic Church in Abilene with the Reverend Mamachan Joseph officiating. Burial will follow at the Texas State Veterans Cemetery in Abilene. However, due to the current COVID-19 restrictions on public gatherings the Hood family is limited to ten or less people at each ceremony, so they ask for your understanding in these difficult times. Services are under the direction of The Hamil Family Funeral Home, 6449 Buffalo Gap Road. Richard, or “Dick” as he was known to many of his friends, was born in San Francisco, CA to Carmy and Ernie Hood on May 27, 1934. He went to high school in Boise, ID, where he distinguished himself by winning a national essay contest sponsored by the DAV and the award was presented to him by the Governor of Idaho. He also was the state champion in the 200- and 800-meter dash his senior year. Richard then attended the University of Idaho on an Army ROTC and track scholarship and was a member of the Sigma Chi Fraternity. After graduation and commissioning in the U.S. Army as a 2nd Lieutenant, he married the love of his life, Sandra Stringfield, in Caldwell, ID on June 16, 1956. His Army assignments took him to Ft. Benning, GA for Infantry training, then on to Baltimore, MD and Ft. Lewis, WA where he proudly served our nation as a photo interpreter in the 4th Military Intelligence Detachment until his release from active duty and transfer to the Army Reserve. Richard and his growing family then began their lives as civilians in Idaho where he began a career in the retail industry in Pocatello. He earned a promotion and transferred to Salt Lake City, UT before earning his biggest promotion and a transfer to Abilene, TX in May 1967 where he became the general manager of Thornton’s Department Stores, a position he enjoyed for many years. While ascending to his ultimate position in Abilene, he never neglected his civic duties and was a member of the Benevolent Protective Order of the Elks, the Knights of Columbus, the Kiwanis Club, the Abilene Chamber of Commerce on the Retail Trade Committee, numerous youth sports leagues as a coach and administrator which included taking a team of 13 – 14 year olds to the state baseball tournament, and was a founding member of Holy Family Catholic Church in Abilene. He was a past member of the Abilene Petroleum Club and the Abilene Country Club. He enjoyed helping others get a start in life and used his position as GM of Thornton’s to give many people in the community employment, including many youths who needed part time jobs. After Richard’s career with Thornton’s concluded, he began a second successful career as a management consultant with George S. May International where he earned Project Director of the Year awards in 1996, 1998, 1999, and 2002. He traveled extensively during his tenure and logged over six million miles while traveling to all the continental U.S. states and Hawaii, Canada, and Mexico. Richard’s love of sports and competition continued all his life. He enjoyed being a season ticket holder to Texas Tech home football games and loved his daily games of scrabble with his wife Sandy. He was very proud of his children and grandchildren and loved watching them develop and compete in a variety of sports and academics. He loved the fresh air of the mountains in Ruidoso, NM and spending time there with his wife and family while enjoying his favorite activities of going on hikes, picnics, the horseraces, and exploring the area around Ruidoso. His competitive drive was instilled in his children, grandchildren, and now his great-grandchildren. Known affectionately as “Papa” to his grandchildren, he adored and cherished time spent with them and in turn they all loved him. Richard was preceded in death by his parents, Carmy and Ernie Hood, and a younger brother, Jeffrey Hood. Richard is survived by his wife Sandra Hood, his four children, Jeff Hood and wife Robbin of Dallas, TX; Marty Hood and wife Pam of Granbury, TX; Stephanie Hood Novak of Plano, TX; and Mike Hood and wife Kathy of Flower Mound, TX; 14 grandchildren and 15 great-grandchildren; brother Robin Hood and wife Mary of Palm Desert, CA; and sister Rachel Hood Stalder of LaQuinta, CA. Honorary pallbearers are Ryan Hood, Matt Hood, Nate Hood, Terry Novak, Alex Hood, and Ben Hood. In lieu of flowers, the family asks that donations be made to a drug and alcohol rehabilitation charity of choice, or Hendrick Hospice Care in Abilene, TX. The family of Richard W. Hood wishes to extend our most sincere gratitude to Hendrick Hospice Care and Dr. Brian Ganesh. Memories may be shared and condolences submitted online at www.HamilFamilyFuneralHome.com
To order memorial trees or send flowers to the family in memory of Richard Watson Hood, please visit our flower store.