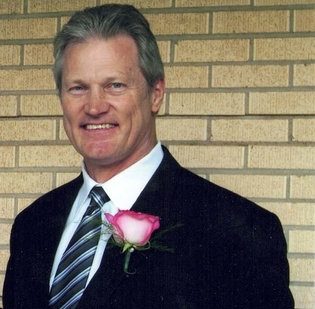 Richard Lee "Dick" Clardy, 62, of Abilene, Texas passed away peacefully on September 22, 2019 in Abilene, Texas. Visitation will be at 6:00-8:00 p.m., Thursday, September 26 at The Hamil Family Funeral Home, 6449 Buffalo Gap Road. Funeral services will be held 10:00 a.m., Friday, September 27 at Hamil Family Funeral Home. Burial will follow at 3:00 p.m. at Senterfitt Cemetery in Lometa, Texas. Richard was born on Galveston Island, Texas to the late John and Evelyn Clardy on May 26, 1957. He graduated from Lubbock Monterey High School in 1975 and Angelo State University in 1979 with a degree in Accounting. He married Desiree Clark on November 25, 1994. He worked as a Comptroller/CPA for CDNN Sports for the last 10 years. He also worked for The State of Texas and later Luskeys/Ryon as a Comptroller. He was proud to be an Eagle Scout and stayed active in scouting. He enjoyed attending football and basketball games, hunting, playing the harmonica and guitar, and watching John Wayne movies; especially his favorite "The Alamo". Richard was a loving husband, a great dad and Paw Paw and will be dearly missed. Richard was preceded in death by his father, John Eugene Clardy, and brother Douglas De Clardy. Richard is survived by his wife, Desiree; son Caleb Clardy; daughter Olivia Clardy Tyler and husband Spencer; stepson Lance Clark and wife Halee; three brothers, Brad Clardy, Mark Clardy and wife Sara, Travis Clardy and wife Judy, and his mother Evelyn Clardy. He was loved by his six grandchildren; Keaton Clardy, Eva and Johnna Tyler, Carter, Macynn and Cooper Clark. He is also survived by numerous nephews and nieces. Pallbearers will be Brandt Reagan, Joel Acosta, Robert Stewart, Mike Caudle, Bobby Evans and Kerry Thomason. Honorary pallbearer Jeff Scott. The family wishes to extend our sincere thanks to Dr. David Randell and Hospice of the Big Country.
To order memorial trees or send flowers to the family in memory of Richard Lee Clardy, please visit our flower store.