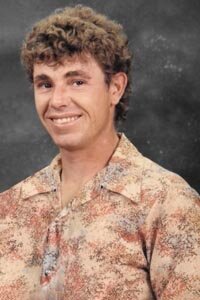 Rick was born in Abilene, Texas to Donna and Dick Casey on September 6, 1956. He was raised in Hamby, Texas. Rick graduated from Albany High School in 1975. He moved to Proctor Lake in 1985. Rick learned the trade of tile setter from his dad, and this began his lifelong career. After mastering tile setting, he learned to lay wood flooring and carpet. He took great pride in his workmanship.

He loved living at the lake. He spent many hours fishing, cooking, grilling out, hunting for arrowheads, collecting Coca-Cola memorabilia and spending time with family and friends. Rick never missed an opportunity to watch the Dallas Cowboys even during the losing seasons. His best buddy, and constant companion, was his dog, C.J.

Rick is survived by his mom, Donna Casey of Potosi, his dad and stepmom, Dick and Hazel Casey of Potosi, sister, Debra Havner and husband David of Tuscola, brother, Mark Casey and wife Melody of Brownwood, stepbrother Randale Smith of Las Vegas, Nevada, stepsister, Rhonda Tettleton and husband Clayton of Potosi, his nieces, Kristen Lieder and husband, Chris, of Royse City, Shilah DelaTorre and husband Hector of Brownwood and Emily Garner of Abilene. Rick was also survived by his longtime girlfriend, Kerri Mallow of Comanche, her daughters, Kirsten Airhart and Kayla Lack and their children who loved their “Gampy” dearly.

The family will host a Celebration of Life for Rick on Saturday, October 29th from 1:00-3:00 p.m. at the Potosi Baptist Church, 2826 Potosi Road, Abilene, Texas.

Memorials may be given to The Dusty Apple Scholarship Fund c/o Mark and Melody Casey, 1150 CR135, Brownwood, Texas 76801.

The family of Rick Casey wishes to extend our heartfelt thanks to the Potosi Volunteer Fire Department, The Hamil Family Funeral Home, and the compassionate nurses, doctors and staff at Hendrick Hospital.

To order memorial trees or send flowers to the family in memory of Richard Ray Casey, please visit our flower store.