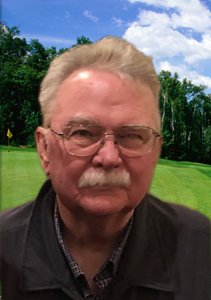 Randy Keith Hoyle, 67 of Abilene, was surrounded by his family when he passed away peacefully on Monday, March 29, in Abilene.

Graveside services will be held at 10:00 A.M., Friday April 2, at Elmwood Memorial Park with Chris Shupe of Hendrick Hospice Care officiating. Services are under the direction of The Hamil Family Funeral Home, 6449 Buffalo Gap Road.

Randy Keith Hoyle was born in Colorado City, TX to Henry and Cherrie Stanley Hoyle on October 4, 1953. He went to school in Colorado City. He graduated from Hardin Simmons University, Abilene TX.  He married his beloved wife Bonnie Jean Jones on August 4, 1979 in Mineral Wells, TX. He retired from EC Tool and Supply Company where he worked as a Purchasing Manager for 38 years.

Randy and his wife and golfing partner Bonnie enjoyed taking mini vacations to play golf in the state of Texas. During his college days he was a pitcher for the Hardin Simmons Cowboys. He had a passion for collecting arrowheads, reading, and riding his bike. He was a wonderful husband, father, grandfather and loyal to his friends.

Randy was preceded in death by his parents Henry and Cherrie Hoyle.

Memorials may be given to Hendrick Hospice Care.

The family of Randy Hoyle wishes to extend our sincere thanks to Dr. Mohammad Al-Sayyad, Dr. Jeffery Edwards, and Dr. Ferral Endsley and the health care providers of Hendrick Hospice Care.

To order memorial trees or send flowers to the family in memory of Randy Keith Hoyle, please visit our flower store.