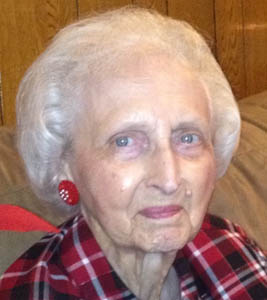 Rachel Roper, of Abilene, Texas, formerly of Anna, Texas, went to be with the Lord on October 8, 2020. Due to Covid-19 guidelines, there will be no visitation or funeral services. Graveside services will be held at 3:00 pm, Friday, October 9, 2020 at Elliott-Hamil Garden of Memories Cemetery, 5701 Highway 277 South, Abilene, Texas. Rev. Wes Terry and Rev. David Cason, of Broadview Baptist Church, will officiate. Services are under the direction of The Hamil Family Funeral Home, 6449 Buffalo Gap Road. Born July 18, 1925, in Anna, Texas, Rachel was the daughter of the late Jesse L. Roper and the late Dorothy Bryan Roper. She is survived by her sister, Gwynell Roper Tower, of Abilene, niece, Debra Tower Stevens, great-nephew, Bryan Stevens and wife Sonja, and their children, Josie Stevens and Colten Stevens, all of Tuscola, Texas. She was preceded in death by her parents and two infant brothers of Anna, and brother-in-law, CMSGT (Retired) Russell M. Tower and nephew, Lynn Wade Stevens of Abilene. Rachel was a 1942 graduate of W.L. Roper High School in Anna, Collin County, Texas. She graduated with honors as valedictorian from the high school named in honor of her late grandfather, W.L. Roper, who served as the Anna Superintendent of Schools for over forty years. Upon graduation, she received full scholarships from many universities, including the University of Texas, Baylor University, and North Texas State University. Rachel was a career business woman, managing a plumbing supply store and serving as bookkeeper for her father. She knew all aspects of the plumbing business and assisted customers by finding exactly want they needed. Later, the business expanded to include a Westinghouse appliance and grocery store in Anna. Upon the retirement of her father, Rachel was employed by the Collin County Tax Accessor and Collector's office, followed by the County Clerk's office, in McKinney, Texas. After several years, she retired and enjoyed spending time with family and friends, including a group of Anna High School alumni from Collin County and the Metroplex area that were self-named "The Anna Girls". She studied the Bible daily and was an active member of her church until her health intervened. She was a member of the First Baptist Church, Anna, Texas, from birth until 2002. In the 1980's, a cookbook was published by her Sunday School class in Anna, with favorite recipes and a brief biography of each member. Rachel's page stated that she was the class' Bible scholar, having read the Bible through yearly for seven years in a row. She continued several more years of reading the Bible through each year. After her move to Abilene in 2002, she joined Broadview Baptist Church, Abilene and was a member of the Faith Sunday School class. Broadview welcomed her with open arms, and she was happy with her new church home and friends. She had wonderful Bible teachers throughout her life, but she said George Herring, of the Faith Sunday school class, was the best Bible teacher she had ever had. She also praised her next Bible teachers and friends, David Hamilton and James Parker. Rachel had many hobbies, including trying new recipes, baking and cooking, reading, photography, and collecting rocks and advertising pencils in all shapes and sizes that dated back decades from her many travels. She was featured in the McKinney Courier Gazette food section that included her picture and several of her "tried and true" recipes that she had collected and perfected over the years from family and friends. She was also a staff writer for local Anna, Texas for the Courier Gazette for several years. In lieu of flowers, memorials may be sent to Broadview Baptist Church, 2500 South 27th Street, Abilene, Texas 79605 or to Hendrick Hospice, 1651 Pine Street, Abilene, Texas 79601.
To order memorial trees or send flowers to the family in memory of Rachel Roper, please visit our flower store.