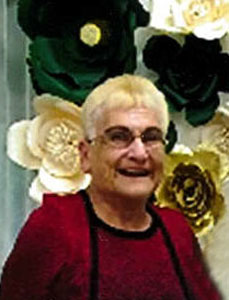 Paula Guerrero Gonzales, 74, of Abilene, passed away Friday, November 13, 2020. A memorial service will be held at a later date in George West, Texas at a later date. Paula was born January 26, 1946 to Equiterio Guerrero and Maria Anita Martinez Guerrero in George West, Texas. She was a home-health caregiver. She was preceded in death by her parents, her husband, Enrique Gonzales and her son, Michael Henry Gonzales. Paula is survived by two brothers, five sisters, two granddaughters, Mya and Elena Gonzales and one step-granddaughter.
To order memorial trees or send flowers to the family in memory of Paula Guerrero Gonzales, please visit our flower store.