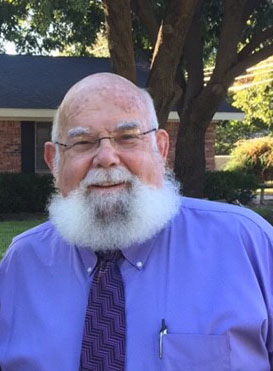 Paul Ray Draper Jr., 69 of Abilene, Texas, passed away June 11, 2021 in Abilene, Texas after an 8 month battle with cancer. Visitation will be 6:00 to 8:00 p.m., Thursday, June 17, 2021 at The Hamil Family Funeral Home. Funeral services will be held 10:00 a.m., Friday, June 18, 2021 at Pioneer Drive Baptist Church with Dr. John Whitten and Dr. Jeff Reid officiating. Burial will follow at Elmwood Memorial Park. Services are under the direction of The Hamil Family Funeral Home, 6449 Buffalo Gap Road. Paul was born in Texarkana, Arkansas to Paul Ray Draper Sr. and Phenie Beard Draper Turner on December 21, 1951. Paul went to school at Northwood High School, Shreveport, Louisiana and graduated in 1970. He graduated with a Bachelor of General Studies in 1974 from Northeast Louisiana University and graduated in 1982 with a Master of Social Work from Our Lady of the Lake University in San Antonio, Texas. Paul and Lou Ann Prichard married on June 30, 1990 in Odessa, Texas. He worked at the Texas Department of Human Services from 1974-2009 as an Aged and Disabled Training Specialist. In the community Paul was involved in many roles: a Boy Scout Leader, Hardin Simmons University Cowboy Club, HSU Board of Development, and an avid supporter of HSU athletics. Paul was a deacon and former Sunday school teacher of college and senior adults at Pioneer Drive Baptist Church. At the church he was a member of the choir and had several roles, such as a Pharisee and Moses in the Easter Pageant over the years. Paul also led a RA group and helped coach Upward Soccer at the Church. Paul played the role of Santa at the State Supported Living Center and for Abilene ISD Pre-K and Head Start programs. Paul was a PTA Volunteer at Austin Elementary, Mann Middle School and Abilene High School. He was and Abilene High School FFA booster member and a strong supporter of AHS athletics. Paul received Volunteer of the Year from Mann Middle School 2011-2012 and Abilene High School 2015-2016. He loved playing 42 and was a part of two groups that played monthly. Paul was so proud of Daniel, his son, who was adopted from Russia in 1999. Paul loved hunting and fishing with Daniel at the ranch. It was a family affair and we enjoyed taking Daniel's friends. Our family enjoyed vacationing and jeep riding in Colorado. Paul loved the Lord, and it was evident in his service to his family and others. Paul was preceded in death by his father, Paul Ray Draper; mother, Phenie Beard Draper Turner; brother Michael Keith Turner, and sister, Flora Nan Turner. Paul is survived by his wife, Lou Ann Draper; son, Daniel Paul Draper; mother-in-law, Rosa Lee Prichard; brother-in-law and sister-in-law, Marlon and Sherry Prichard; niece, Grace Prichard; several cousins and an abundance of friends. Pallbearers will be Jimmy Pogue, David Mosley, Wayne Carr, Alan Jones, Mike Miller, and Rick Spalding. Memorials may be given to Pioneer Possibility Fund at Pioneer Drive Baptist Church, Hardin Simmons University Education Endowed Scholarship Fund. The family of Paul Draper wishes to extend our sincere thanks to Dr. Hudman, Dr. Miller, Dr. Heaven, and the nurses and aides in the Parker Building, floor 7.
To order memorial trees or send flowers to the family in memory of Paul Ray Draper, Jr., please visit our flower store.