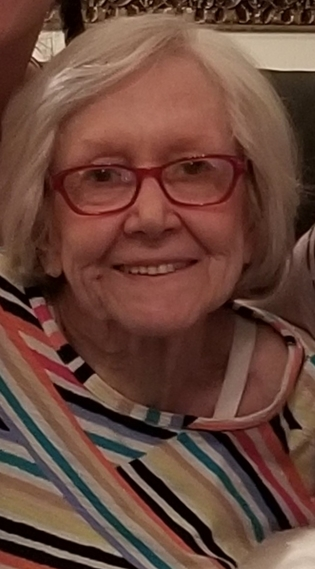 Patsy Ann Foy, 79, of Abilene, passed away Tuesday, March 2, 2021. Patsy was born in Lamesa Tx to JW Parham and Martha Burk on June 24, 1941. She met John McKinney in Carlsbad NM and married at the age of 14. They had three children, Johnny Pat, Dani, and Vicki. She later was divorced from John McKinney and married Bill Henderson. He adopted all three of the children. She was a housewife for 12 years and then decided she wanted to return to college to become a schoolteacher. She was accepted at McMurry University and when the family relocated to Lovington NM, she attended Eastern New Mexico University in Portales NM. While she attended school, she continued to be a full time Mom and a full-time student while driving 80 miles to attend college. Pat completed her degree in December 1971. While she was married to Bill Henderson, they relocated the family to Tripoli Libya, Lovington New Mexico, and Tucson AZ. When Bill passed away in January 1972 the family returned to Abilene and she remained here until her death. In 1972 Pat accepted her first teaching job in Hawley TX as an elementary teacher. Teaching was her passion. She retired as a teacher with 25 years of service. Pat was preceded in death by her son, Johnny Pat Henderson, her grandson, Roger Mays, her mother Martha Neeley, her father, J W Parham, her father, and her husband, Bill Henderson. Pat is survived by her two daughters, Dani Ramsay (Mike) and Vicki Mays (Farrell), both of Abilene and a brother, Johnny Wayne Parham who resides in El Paso, Texas. She is also survived by three grandsons, Sam Mays, Christopher Ramsay, Jon Mays and Shawn Mays, her grand daughter-in-law. She was blessed to have eleven great grandchildren. The family wants to give a special thanks to Ester Matlock Hancock. She was a loving care giver to Pat for many years. Pat Foy was loved by her family and she loved being part of such a big loving family. In addition, she loved all animals. She always had at least one dog that was her constant loving companions. On Saturday, March 6, at 2:00 Family friend, Bill Libby, will preside over an outdoor memorial service located at the First Central Presbyterian outdoor area at 400 Beech Street (NW corner of N 4th & Beech).
To order memorial trees or send flowers to the family in memory of Patsy Ann Foy, please visit our flower store.