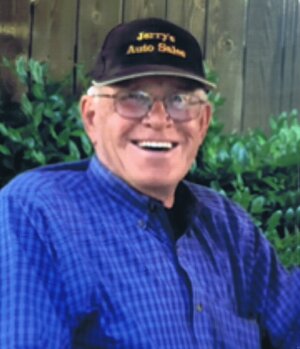 Jerry was born in Rule, Texas to Eddie Carl Miles and Billie Dee Pittman Miles on April 1st, 1948.  He went to school in Texline, Texas and graduated from Texline HighSchool.  Jerry married the love of his life Carol Louise Florence on 4/18/1969 at Tinker Airforce Base in Oklahoma City, Oklahoma.  He was a veteran of the Vietnam War and served 20 years retiring in 1988 from the U.S. Airforce as a Master Sargent and Branch Chief.

Jerry had a love for cars.  Especially fast ones!  He was President of the Abilene Performance Car Association for many years.  He was instrumental in getting the Big Country Raceway started here in Abilene.  Jerry was in the car business for over 25 years, 17 of which, he owned and operated Jerry's Auto Sales.  His love for cars was passed down to his sons, grandsons, and great grandsons.

Jerry loved to kick back, relax, and do a little fishing at Lake Brownwood with his family, whom he was devoted.  He was so patient with his granddaughters and great granddaughter, always having time for a manicure, facial, or "hairdo".

Pallbearers will be his sons Jerry Jr. and Jimmy Miles and grandsons Camron, Nick, Jesse, and Jason Miles.