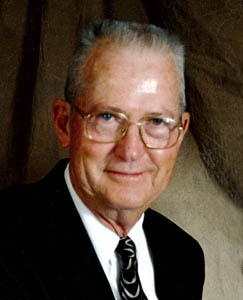 Morris Wayne Davis, 90, of Abilene, passed away Wednesday, October 7, 2020. He was born on September 26, 1930 in Brown County, TX to Lonnie Davis and Leona (Vardeman) Davis. Visitation will be Saturday, October 10, from 10 am until 11 am at Lytle South Baptist Church, 1125 E. Industrial Blvd. Funeral service will follow at the church at 11 am, officiated by Wayne Davis and assisted by Rodney Watson. Graveside service will be at 2:30 pm, at Bangs Cemetery in Bangs, TX. Morris graduated from Bangs High School and went on to attend and graduate from Texas A&M University in 1951, where he was a member of the Corps of Cadets. Upon graduation he was commissioned as an officer in the U.S. Army and was a veteran of the Korean War. On August 11, 1951, he married his high school sweetheart, Allene Chastain, at Calvary Baptist Church in Brownwood. After several moves, Morris and Allene made their home in Memphis, TX for 37 years, where they owned and operated Davis Irrigation Co. They returned to Brownwood in 2002. While living in Memphis, they were members of First Baptist Church; in Brownwood, they were members of Calvary Baptist Church, and once Morris moved to Abilene, he joined Lytle South Baptist Church. Morris was always actively involved in his church, and he served as a deacon until his passing. Mr. Davis enjoyed his family and always had a mischievous grin. He was passionate about trout fishing in Colorado and delighted in teaching each generation how to fish. He was preceded in death by his wife in 2013. Morris is survived by his son, Wayne Davis and wife Nancy of Fort Worth; daughter, Jana Watson and husband Rodney of Abilene; brother, Don Davis of Gainesville. He was “Grandad” to five grandchildren, Trey Davis and wife Emily of Aledo, Emily Davis of Washington D.C., Ryan Watson and wife Cassidy of Wylie, Kyle Watson and wife Jessica of Leander, and Tyler Watson and wife Hailey of Cedar Park, and to seven great-grandchildren, Haddon, Brooke, and Blaire Davis, and Benjamin, Caroline, Ellis, and Maggie Watson. He also is survived by several nieces, nephews, and cousins. Memories may be shared and condolences submitted online at www.HamilFamilyFuneralHome.com
To order memorial trees or send flowers to the family in memory of Morris Wayne Davis, please visit our flower store.