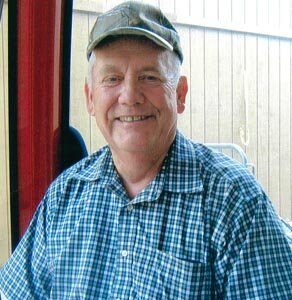 Michael Babington, 76, of Abilene, passed away Monday, November 7, 2022. A celebration of life for Mike Babington will be, Tuesday, November 15, 2022 at The Hamil Family Funeral Home located at 6449 Buffalo Gap Road, Abilene, Texas at 12:00 pm. Interment will be at 2:00 p.m. at the Texas State Veterans Cemetery at 7457 West Lake Road, Abilene Texas. Michael Lee Babington was born in Wichita Falls, Texas to Sam and Helen Babington on November 17, 1945. Mike met and fell in love with Sandra Kay Sanders, and they were married on June 23, 1973. This union brought about two sons, Justin Wade Babington, and James Michael Babington (Jamie). Mike had one sister, Vicki Patterson, who shared his childhood years in Abilene, Texas. Vicki’s fondest memories are of Mike’s constant teasing, but all done with kindness. Mike’s teasing was unceasing throughout his life first with Vicki, then with Justin and Jamie. Mike was blessed to have four grandchildren that he was able to continue the teasing tradition. They are Jeremiah, Joshua, Sammy, and Luke. His greatest days and fullest heart were sharing his days, vacations and front porch visits with the four of them. Mike graduated Abilene High in 1964 and as he had done through high school continued to work and manage his father’s store, Sam’s Rent All, on South 1st St. Mike went down without his parents knowledge and enlisted in the United States Marine Corp in 1967, at the height of the raging war in South Vietnam. Completing basic training, Mike did a tour in Vietnam. Throughout this Asian nation Mike experienced many villages and its people. Mike spent his tour in S. Vietnam throughout the TET Offensive.  Mike was the recipient of many honors for his service as a Recon Marine and received an Honorable discharge. Lucky to be alive, Mike made it home and went back to Sam’s Rent All. During this time Mike went to McMurry University graduating in 1973 with a BS and the honor of making the Dean’s list. Sam, Mike’s father, after a lifetime of hard work, sold Sam’s Rent All and Mike established Mike’s Bikes of Abilene. He was proud to know most Abilene children bought and rode his bicycles. He continued with his own businesses until retiring. Mike was preceded in death by his wife Sandra Kay Babington of 49 years, his parents Sam & Helen Babington, and brother-n-law Dexter Michael Patterson.

To order memorial trees or send flowers to the family in memory of Michael Babington, please visit our flower store.