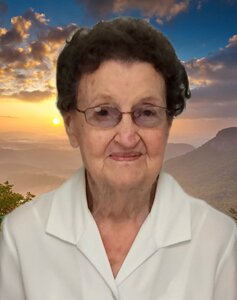 Mary met Billy Carter Young and they married November 27, 1946.  She was a homemaker, raising two daughters.  She was an active member of Lytle South Baptist Church, before moving to Coleman.

Before marriage, she worked at the Taylor County Clerk’s office for 10 years.  After 21 years of being a homemaker, she entered the workforce again working for the Wagstaff Lawfirm and Westwood Energy, retiring in 1986. She and her husband traveled throughout the United States and Canada in their motorhome.  They spent their summers in Fun Valley, Colorado each year.  The group of friends they made there became a second family to them.

She was preceded in death by her husband, Billy Carter Young, and a grandson, Tyler Golson.

There will be a private burial service at the Texas State Veterans Cemetery at Abilene.

To order memorial trees or send flowers to the family in memory of Mary Alice Young, please visit our flower store.