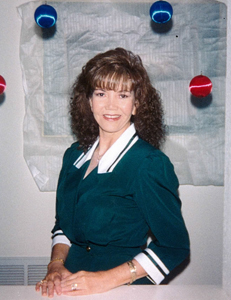 The family will receive friends and loved ones during visitation hours from 5 pm to 7 pm on Monday, October 11 at The Hamil Family Funeral Home, 6449 Buffalo Gap Road, with a rosary immediately following at 7:00 pm. Funeral mass will be held at 11:30 am on Tuesday, October 12 at Holy Family Catholic Church, followed by a committal service at the Texas State Veterans Cemetery at Abilene at 1:00 pm.

Mary graduated from Stamford High School in 1963. She was the Director of Stamford Family Planning until she began working as the secretary for the Vice Principal of Blackshear School in Midland-Odessa, and from there she came to Abilene in 1979 and went to work for Hamilton Sewing Factory. In the late 1970’s, she received her Typing Certificate and began working as a Seismographer for Atlas. Mary then worked for Texas Instruments, where she was known as “Weezee”; she worked there for 13 years until they closed.  She married Alexander Moreno on May 30, 1986 at Sacred Heart Catholic Church in Abilene, where she also became a Eucharistic Minister. She was a member of Holy Family Catholic Church for over 30 years, where she was known as being very charismatic. Mary always attended Mass and was very loyal to the church. She had what she called a “Miracle Cross” that was given to her by God, and she would do many healing prayers for people where the majority of them would be healed. She was very faithful to the church, and she loved Christ with a very deep devotion.

Mary took great pride in how she presented herself – she coordinated her clothes all the time and always made sure to look prim and proper. She was known for doing her hair like Farrah Fawcett.

She was preceded in death by her parents and one brother, Tony Escobedo.

To order memorial trees or send flowers to the family in memory of Mary Louise Moreno, please visit our flower store.