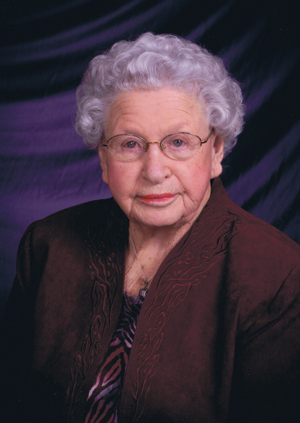 Marcia Lee Buchanan passed away on Monday, January 4, 2021 at the age of 100 years. Because of the danger of the spread of COVID-19 and the safety of all her many friends, the family has chosen to have a private family graveside service conducted by Marcia Lee’s nephew, Richard Petree. Services are under the direction of The Hamil Family Funeral Home, 6449 Buffalo Gap Road. Marcia Lee was born in View, Taylor County, Texas to Tom and Mamie (Morrison) McGehee on Friday, October 22, 1920. After graduating from Abilene High School, she married Hollis Troy Buchanan. Hollis and Marcia Lee were very involved in the Wylie community and were very active members of Wylie Baptist Church. Marcia Lee is survived by her three daughters, Sharla Dusek and husband Bobby, Barbara Pinkston, and Debbie Clark and husband Wayne, all of Abilene. She is also survived by seven grandchildren: Troy Pinkston, Greg Pinkston, Karen Dusek, Kenny Dusek, Marshall Pinkston, Randy Clark, and Hollie Taylor. The grandchildren will serve as pallbearers. She is also survived by 17 great-grandchildren and 13 great-great grandchildren. Marcia Lee was preceded in death by her parents, husband Hollis Troy Buchanan, daughter Beverly Buchanan, great-grandsons Joshua Pinkston and Hollis Hayes Pinkston, three brothers, Thomas, James, and Glenn McGehee, and her sister Donna Meyers. Memorials may be given to the donor’s favorite charity.
To order memorial trees or send flowers to the family in memory of Marcia Lee Buchanan, please visit our flower store.