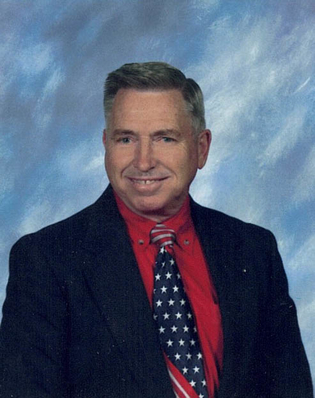 Lyndon Earl Gathright, 82, of Abilene, passed away Thursday, July 2, 2020. Visitation will be Monday, July 6th from 6:00 to 8:00 p.m. at The Hamil Family Funeral Home, 6449 Buffalo Gap Road. Funeral service will be 12:00 p.m. Tuesday, July 7th at the Grace Point Baptist Church in Potosi. Burial will follow at the Texas State Veterans Cemetery at Abilene. Lyndon was born on October 20th, 1937 to James Oliver (Ollie) and Sallie Malinda Starr Gathright in Morton, Cochran County, Texas. It was in Morton that Lyndon developed his unmatched and admired work ethic, working in the cotton fields with his father and brothers, hoeing and picking cotton by hand. Lyndon graduated from high school in 1956 and began his college career at Wayland Baptist University before transferring to Howard Payne University in Brownwood, Texas. Lyndon was a college athlete, running track and cross country and was a member of the NAIA National Championship team of 1957. He was also the captain of the Lone Star Championship team of 1961 forming lifelong friendships with his "track buddies". College was a pivotal time for Lyndon for it was during these years that he surrendered his life to his Lord and Savior, received the call from the Lord to teach and coach and this is when he met, and fell in love with his beautiful bride, Barbara Ann Fortson. The two would become one on October 14th, 1962. Lyndon proudly served in the United States Army, which undoubtedly helped to cement his love and devotion to his country, before beginning his career in education. For a total of 40 plus years Lyndon gave of himself to positively influence the lives of his many students and athletes, many of whom still call him "coach" today. Lyndon taught, coached, and served in school administration in Plainview, Irving, Littlefield, Marlin, and Abilene. School districts were not the only places where Lyndon gave of himself, Lyndon's involvement in church includes several years as a bi-vocational church staffer in music and youth, an ordained deacon and, for most of his adult life, a Sunday school and Bible school teacher. Lyndon enjoyed carpentry, watching competitive athletics, and studying the Bible. Additionally, Lyndon never passed up the opportunity to relate light-hearted stories and quippy comments like accusing his grandkids of stacking Z's or announcing that their epidermis was showing. Lyndon also enjoyed serving the community by donating blood. Over the years Lyndon donated approximately 120 GALLONS. Lyndon was met in glory by his father and mother, his brother Murvin, brother-in-law Bruce Keller, sister Helen Keller, and daughter La Dona. Lyndon is survived by his wife Barbara, older brother James and his wife Darlene (Abbie) of Hurst, Sister-in-law Sandy Gathright of Corsicana, children: James Lyndall and his wife Tammy of Corpus Christi, Donna and her husband Gene Malone of Abilene, Kristi and her husband Tim Schmidt of Abilene, and LeRon and his wife Sheila of Abilene, numerous nephews and nieces, twelve grandchildren and eight great-grandchildren.
To order memorial trees or send flowers to the family in memory of Lyndon Earl Gathright, please visit our flower store.