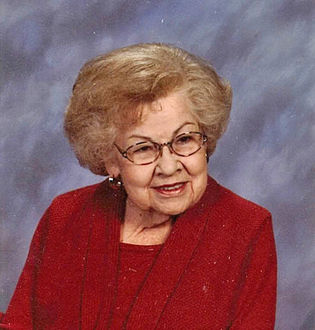 Lottie Lou (Godfrey) McCaleb, 90, passed away on Wednesday, August 4, 2021 in Abilene, Texas Visitation will be Friday, August 6, from 5:00 to 7:00 pm at The Hamil Family Funeral Home, 6449 Buffalo Gap Road, Abilene. Graveside service will be held at Mt. Hope Cemetery in Anson, Texas at 10:00 am on Saturday, August 7, 2021 with Chris McCurley officiating. Arrangements are under the direction of The Hamil Family Funeral Home. Lottie was born on February 14, 1931 in Jones County to Lott and Thelma (Beasley) Godfrey. She grew up in Anson, graduated from Anson High School in 1949, and married Charles McCaleb on June 24, 1955 after his service in the United States Air Force. They moved to Abilene in 1965, where she was employed by Onxy Refining Co., McWood Corp., and later retired from Abilene Christian University in 1993. Lottie was a member of the Oldham Lane Church of Christ. She was preceded in death by her parents, her husband in 2002, three brothers and their spouses, Franklin (Margey), Bill (Ruthie), and James (Alma), and her twin sister Dottie Spraberry and husband Ernest. Survivors include her daughter and son-in-law Charla and Carl Miertschin of Rushford, Minnesota; two grandchildren, Stacey Amodeo and husband Toby of Washington, D.C., and Joshua of Rushford, Minnesota (to whom she loved being Grannie). Donations to the Oldham Lane Church of Christ or to your chosen charity would be a loving memorial.
To order memorial trees or send flowers to the family in memory of Lottie Lou McCaleb, please visit our flower store.