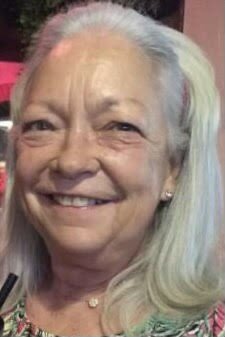 Funeral services will be held at 1pm, Monday, October 31 at Hamil Family Funeral Home with Andy Hill of The West Texas Cowboy Church in Gardendale officiating.  Burial will follow at Pisgah Cemetery in Eastland County.

Liz was born at her family home, south of Cisco, Texas, to John and Mary Leveridge on May 17, 1951.  Shortly after her graduation from Cisco High School she married John McCoy of Abilene on July 12, 1969.  The pair had 2 children and eventually settled in Clyde, Texas in 1977 where they remained for the rest of their lives.  Liz worked as a medical transcriptionist until her retirement in 2008.

Liz was preceded in death by daughter Melody in 1994 and husband John in 2022.

Liz is survived by her son Jesse McCoy, his wife Jody, and their children Zack, Nick and Jacob; Brother Bob Leveridge and his wife Pat; Sister Leannah Darr and her husband Gene.

Please pet a dog in her honor today.

To order memorial trees or send flowers to the family in memory of Liz McCoy, please visit our flower store.