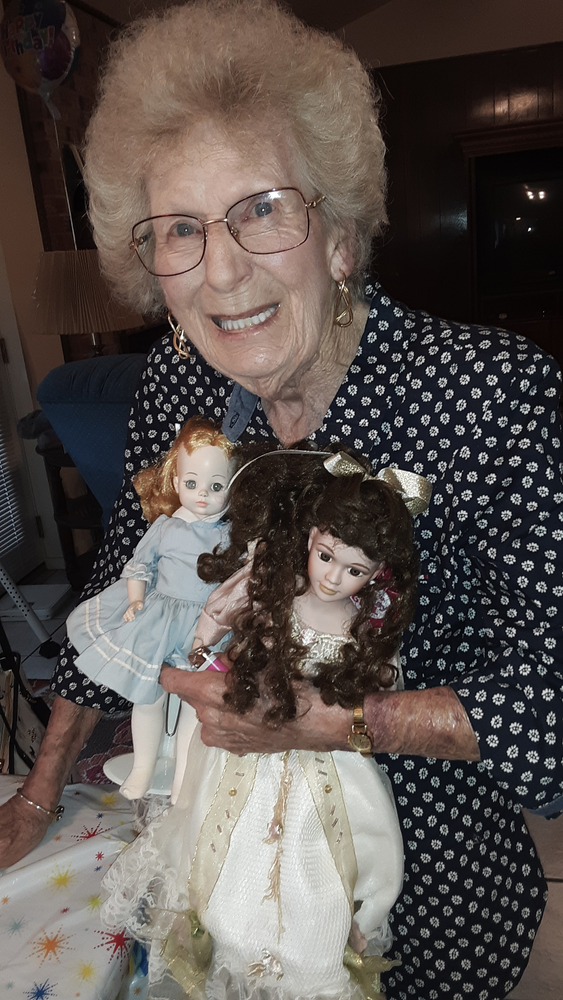 A memorial service will be held at 1:00 p.m. Saturday, November 16, at The Hamil Family Funeral Home, 6449 Buffalo Gap Road in Abilene. A committal service for the inurnment of cremains will be held at 2:00 p.m. Monday, November 18, at Texas State Veterans Cemetery at Abilene, 7457 W. Lake Road under the direction of The Hamil Family Funeral Home.

Born in England on May 2, 1930, Lilian was the daughter of the late Gertrude (Horth) and Frederick Waller.  She married Gilbert Eugene Cofferen, who was serving in the U.S. Air Force, on November 24, 1951.  He preceded her in death on October 30, 2004.  Lilian was a self-employed childcare provider and Sunday School teacher.  She attended the Episcopal church. It brought her much peace and joy watching the birds from her porch.

In addition to her parents and husband, Lilian was preceded in death by six brothers and sisters.

To order memorial trees or send flowers to the family in memory of Lilian May Cofferen, please visit our flower store.