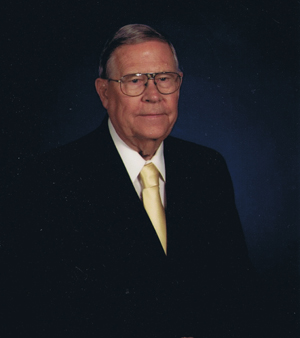 Leyton Arnold Bell, age 91 of Abilene passed from this earth to a blessed eternal life Friday, September 17, 2021. Graveside funeral services with interment following will be held Tuesday, September 21, 2021, at 11:00 a.m. at Prairie Haven Memorial Park in Hobbs, NM. A memorial service will be held in Abilene Wednesday, September 22, 11:00 a.m. at Oldham Lane Church of Christ, Chris McCurley officiating. Arrangements will be under the direction of Chapel of Hope in Hobbs and The Hamil Family Funeral Home in Abilene, 6449 Buffalo Gap Road.

Leyton Bell was born August 21, 1930 in Medicine Mound, TX to Elmer Henry Bell and Ruby “Pearl” Bell. He grew up in Texas and Oklahoma, settling in Hobbs as he reached high school age.  He graduated from Hobbs High School but not before meeting his wife of almost 67 years, Jonnie Marie (Dooley) Bell. They wed October 1, 1954 in the home of Jonnie’s parents, James Ivory and Mary Alice Dooley.  Leyton proudly served as First Sergeant in New Mexico’s Army National Guard from 1950-1961 followed by a career in the oil and gas industry working for Waukesha-Pearce Industries as a parts manager, Engine, & Industrial Supply as a field salesman before retiring in March 1997 from Gasco, Manufacturing where he was part owner/manager of the Hobbs office.  He was also part owner and manager of Bowlerama Bowling Lanes for a short while.

Leyton was very involved in the lives of his two children, coaching his son’s little league baseball team and Boys’ Club football team even though he professed to know nothing about either sport.  He had a great love for bowling and taught bowling classes at New Mexico Junior College.  Leyton was also an avid fisherman and a founding member of the Hobbs Bass Club where he made lifelong friendships he cherished.  A member of Taylor Street Church of Christ since 1956, Leyton, at various times, served as a deacon, oversaw church finances, coordinated the church’s bus ministry, and served as worship coordinator.  He also taught the 7th and 8th grade boys’ Bible class.  He attended every possible event involving his children and was a kind and thoughtful devoted man who loved his family and friends deeply.  A social person, Leyton never met a stranger and was always eager to learn as much about those he met as possible.  Known as Pa-Paw, he was proud of his two grandchildren and five great grandchildren.  Leyton loved quietly but deeply and was loved in return just as deeply.  He will be sorely missed, and the memories created and shared with him will be tenderly cherished.

Leyton was preceded in death by his parents, two brothers and a sister.  He is survived by his wife, Jonnie, a daughter Lindy, of Plano, a son, Larry, and wife, Danette, of Abilene, grandson Zac and wife Liz of Rockwall, and granddaughter, Ryan, and Matt Perkins of Tyler, as well as five great grandchildren, Bennett, Emma and Aubrey Bell and Mason and Hudson Perkins.  Leyton is also survived by his beloved pet Big Guy–Rosco.

Memorials may be made to the Portales, NM Children’s Home or the D.A. and Gerry Cochran Scholarship Fund at Harding University.

To order memorial trees or send flowers to the family in memory of Leyton Arnold Bell, please visit our flower store.