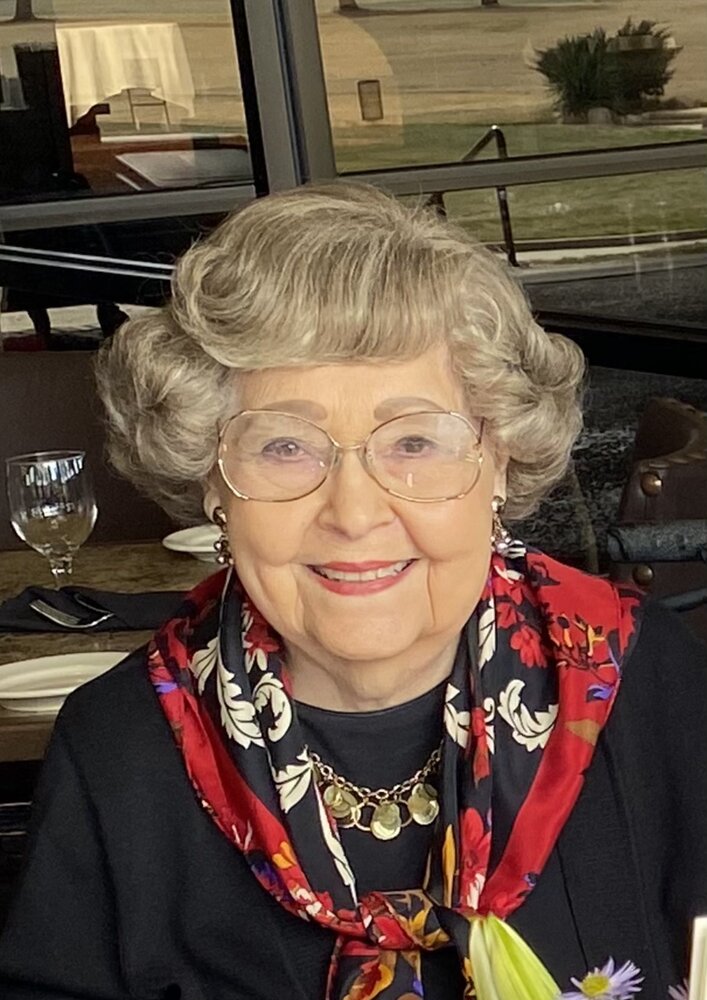 Forever in our hearts. In loving memory of LaVoin Talley Brown, 92, who died peacefully on August 30, 2022 in Abilene, Texas.

LaVoin was born February 24, 1930 in Burleson, Texas to Laura and Thomas Talley. LaVoin grew up in Dallas, but spent much of her time at the family farm in Burleson with her many beloved cousins. She attended North Dallas High School and loved seeing everyone at the mini reunions through the years. She studied at Southern Methodist University and later worked in Dallas where she met the love of her life, Robert “Bob” Brown, and married in 1951.

They welcomed three daughters, Kristen Andrews, Lauren Brown and Tamren Pate. LaVoin was a devoted mother, often designing and sewing dresses for her young girls. She also enjoyed volunteering as a Girl Scout troop leader many times and even filling in to coach various sports teams when needed. She was a great supporter of all of her girls’ interests and dreams.

LaVoin and Bob raised their family in Dallas but later spent time in College Station, and retired in Abilene. Bob passed in 2013 and LaVoin moved to Midland several years later where she enjoyed playing games such as Mexican Train with her friends at Manor Park. She recently returned to Abilene.

LaVoin was a passionate fan of her beloved Texas Rangers and rarely missed a game on TV.

She is preceded in death by her husband, Robert Brown, her brother Bobby Jack Talley, and her parents Laura and Thomas Talley.

Visitation and rosary will be held at The Hamil Family Funeral Home in Abilene on Thursday, September 8th. The visitation begins at 6:00pm and rosary at 7:00pm. Memorial Service and Mass will follow on Friday, September 9th at 10:30am at Holy Family Catholic Church.

Arrangements are handled by The Hamil Family Funeral Home in Abilene.

In lieu of flowers, donations may be made to Hendrick Hospice Care in Abilene, Texas. Many thanks to the wonderful staff who took great care of LaVoin to the end.

To order memorial trees or send flowers to the family in memory of LaVoin Brown, please visit our flower store.