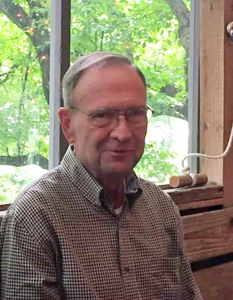 Larry Gene Richards, surrounded by his wife and four daughters, left his beloved home on the hill and went home to Jesus on July 1, 2021, at age 75.

Larry was born in Abilene Texas to Jack Richards and Mina Drummond Richards on February 6, 1946.  Larry went to Butterfield school in View Texas. He went on to graduate from Abilene Cooper high school in 1964 and then attended San Angelo State.  Larry married his high school sweetheart Sandra Young Richards on June 19, 1965.  Larry worked Proudly for 35 years as a Fire Fighter in the Abilene Fire department from 1967 to 2002. Larry was promoted to Lieutenant Fire Inspector in 1981.  Growing up Larry won several awards and honors while being a member of FFA showing sheep and cattle at competition.  Larry followed the family business and continued to Farm and Ranch in the View community for several years.

He was preceded in death by his father Jack Richards and mom Mina Drummond Richards as well as his brother Jackie Richards.

The family of Larry Gene Richards would like to extend our sincere thanks to the Abilene Fire Department Honor Guard and Udaya S. Swarna M.D.

In lieu of flowers, donations may be made to View Baptist Church or the Abilene Fire Department Grant Program.

To order memorial trees or send flowers to the family in memory of Larry Gene Richards, please visit our flower store.