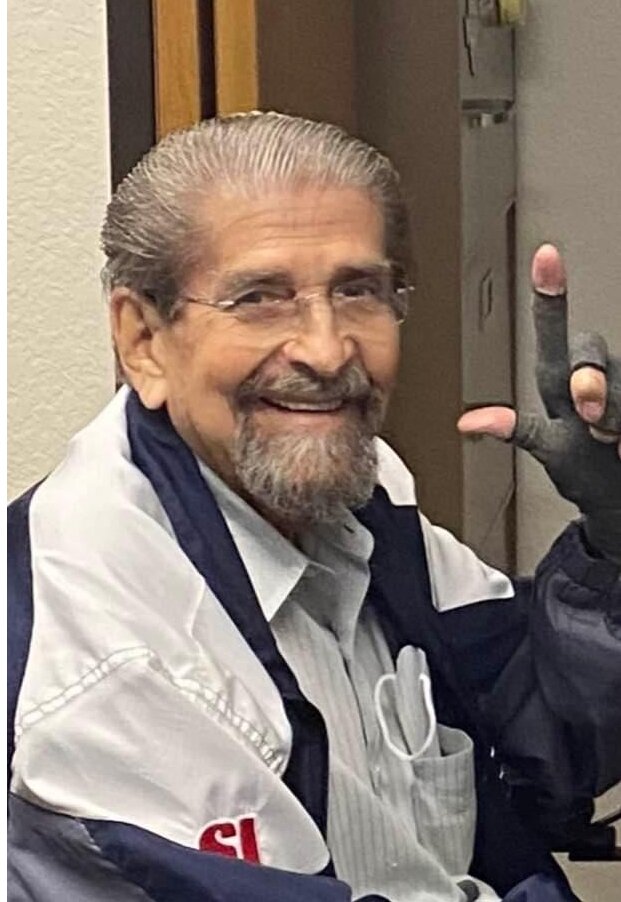 Larry Letz, age 82, passed from this life on October 3, 2022, at the M.D. Anderson Hospital in Houston, Texas after a two-year battle with Mantel Cell Lymphoma.

Funeral services will be held on Friday, October 7, at 1:00 pm at Zion Lutheran Church, 2801 Antilley Road in Abilene, Texas with Pastor Clyde Keischnick officiating.  Burial will follow at Elmwood Memorial Park, located at 5750 US Hwy 277.  Services are under the direction of The Hamil Family Funeral Home, 6449 Buffalo Gap Road.

Larry was born on June 3, 1940, to the late John and Olga Letz.  He attended Old Glory High School, graduating as Valedictorian of his class in 1958.  While in high school, he participated in basketball and all of the activities offered by the small school.

After graduating from high school in 1958, he began his college at Hardin-Simmons University in Abilene, majoring in accounting.  On June 7, 1959, he and Jeanie were married at Zion Lutheran Church in Sagerton, Texas.

Larry and Jeanie, being a 17- and 18-year-old bride and groom, moved to Abilene so he could continue his education at Hardin Simmons.

Larry graduated from Hardin Simmons in 1962 with an accounting degree.  He then went to work for Boles and Grimes Production Company.  In 1967, Mr. Grimes and Larry were instrumental in moving their interest to Buffalo Gap.  After a process, they were able to build and open the Deutschlander Garten (The Fish House) where Larry began his next career in the restaurant business.  In 1972, a fire destroyed the Beer Garten. Larry and Mr. Grimes rebuilt the new structure where Larry operated and served many people with the best fish in the whole area. In 1991, he decided he was through with the restaurant business and closed the doors.  He then set up an office in Abilene and did tax work for many clients. During the pandemic he closed his office and did his tax work from their home.

Two wonderful children were born to Larry and Jeanie, Pamela Ann born in 1963 and Steven Shane born in 1973.

Larry was so proud of Pam and Steven; Pam became his Aggie Girl completely when she graduated in 1986.  But then he had to share his allegiance with Steven when he graduated from Texas Tech University in 1995.  He enjoyed all Aggie and Red Raider football games.

Larry loved to deer hunt where he began hunting with Jeanie’s dad, Buster Tredemeyer in 1960.  Jeanie’s dad had been hunting on the Crenwelge Ranch since 1939.  He killed many deer on the ranch.

The family made many memories becoming close friends with Kermit and Florence Crenwelge.  Larry and his brother-in-law, Ted Jennings and Buster had many tales to tell of their hunting trips.  Steven, after graduating from college, joined Larry as his hunting partner. Memories were made that are too many to count and which Steven will cherish forever. Larry was known within the family at family reunions that if he didn’t bring some of his home-made deer sausage that he would not be welcomed. Many times, some of the pranksters would take the bowl of sausage off the table and hide it so they could have it all. Many memories.

Larry also loved taking a family vacation each summer to Ruidosa to watch the horse races and taking Steven always to play Putt-Putt Golf and Pam just walking together in the cool air.

Larry is survived by his wife, Jeanie of 63 years, two children, Pam and Steven.  He is also survived by brother Charles Letz and wife Rosie, brother-in-law and sister-in-law, Ted and Mary Jennings, Buddy and Beverly Tredemeyer, many nieces and nephews, as well as many cousins and good friends.  Larry was preceded in death by parents, John and Olga Letz, two brothers, and three sisters.

Larry loved Jesus Christ, his Savior and was a faithful attender of services at Zion Lutheran Church until his health began to fail.  He loved his church, his family, and having fun, in that order.

In lieu of flowers, memorials may be made to Zion Lutheran Church Debt Reduction Fund.

To order memorial trees or send flowers to the family in memory of Larry Dale Letz, please visit our flower store.