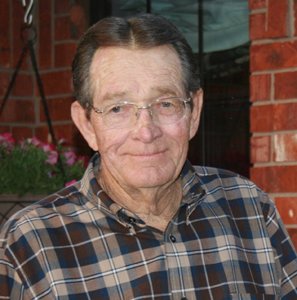 Larry Malcom Crowe, 76, passed away peacefully at his home on April 22, 2020 with his family by his side.

There will be a graveside service for his burial of cremains at 2:00 pm on Friday, April 30, 2021 at the Texas State Veterans Cemetery at Abilene, under the direction of The Hamil Family Funeral Home.

Larry Malcom Crowe was the fifth child born to Lois Green Crowe and Kavanaugh Crowe. He was born on October 8, 1943 in Winters, TX.

He attended Winters High School and moved to Abilene in 1961 and began his career as a barber. He married Virginia Ann Sullivan, also from Winters, on January 9, 1965. He worked at several barber shops through the years and owned Razor’s Edge Barber Shop until his retirement in 2007.

In September of 1966, Larry was drafted into the Army. He was 23 years old. He left Abilene and went to El Paso, to the Ft. Bliss Army Company D, 4th Battalion, 2nd Brigade for basic training. He ended up in Pleiku, Vietnam where he worked as a helicopter mechanic and served until September 1969. He was honored to have been able to serve in the U.S. Army and that service left an impression on him the rest of his life.

Although his heart condition forced him to retire early, he enjoyed playing golf with his friends for many years, as well as watching his grandchildren’s participation in sports - granddaughter, Arin Zachary, playing golf, and grandson, Drew Zachary, playing baseball. As he had barbered in Abilene for more than 40 years, he had many friends, and he was good at keeping up with several childhood friends. He fought his heart disease so hard for 20 years. There were several times over the last 20 years that his health handed him one obstacle after another, when a person might have been tempted to give up, but he just kept going. He fought hard and just kept putting one foot in front of the other each day, which was an example to many.

He had a strong work ethic, never missing much work in his 46 years of barbering. One of his favorite hobbies as the kids were growing up was bass fishing. There was hardly a weekend that went by that he did not have his family out on Lake Coleman fishing for bass. He was very mechanically inclined and could fix anything, from plumbing to cars and passed that love and skill down to his son Todd. As his heart disease progressed over the years, he became more and more reflective and proud of his service to our country, and his friends and family became even more important to him.

Due to COVID 19 requirements, Virginia, Shannon and Todd will have Larry’s service recorded and will send out a link to family and friends so that Larry’s service can be remotely viewed after the service. In lieu of flowers, donations may be made to the Wounded Warriors Project. A memorial for Larry’s family and friends will be held at the Texas State Veterans Cemetery in Abilene at a later date when the COVID 19 requirements are lifted.

To order memorial trees or send flowers to the family in memory of Larry Malcom Crowe, please visit our flower store.