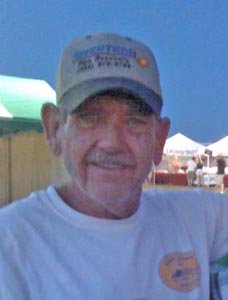 Funeral services will be held at 10 am Monday June 21st with Tommy Ross of Buffalo Gap, officiating. Burial will follow at Midway Cemetery in Hodges. Services are under the direction of The Hamil Family Funeral Home, 6449 Buffalo Gap Road.

Larry was born in Abilene to Lawrence Winifred and Mattie Lee Bird on November 6,1950. He went to school at Merkel. He graduated from Merkel High School in 1969. He married Donna Potter on September 3, 1971, in Snyder Texas. Larry worked as a Sales Representative for Altria for 33 years. He was involved in Western Little League and a member of the Well Health Care Center, where he made many friends over the years. He loved spending time with his family and friends. He loved to hunt for arrowheads in his spare time and attend his grandchildren’s sporting events. Larry enjoyed watching football games, especially the Dallas Cowboys and going to and listening to Texas Country Music at the Larry Joe Taylor Music Festival. Larry never met a stranger and was loved by all.

Larry was preceded in death by his parents Lawrence Winifred Bird and Mattie Lee Bird and two sons Trey Bird and Joshua Bird.

To order memorial trees or send flowers to the family in memory of Larry Bird, please visit our flower store.