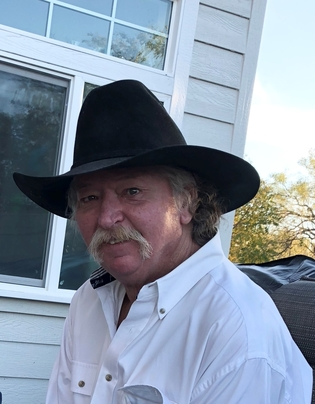 Kenny VanZandt, 58, of Abilene passed away on March 14, 2020 in his home. A Memorial service will be held at 2:00pm, Wednesday March 18th at The Hamil Family Funeral Home, 6449 Buffalo Gap Road, Abilene TX. Kenny was born in Abilene, Texas to Billy S. and Sybil L. VanZandt on November 21, 1961. He was a graduate of Cooper High School in Abilene. He retired from the City of Abilene where he worked for the Street Department from the age of 18. He was a loving Father and Papa who enjoyed spending time with his family, fishing and cooking. He loved good music and good company. Kenny was preceded in death by his parents, Billy and Sybil VanZandt and one brother, Les VanZandt. Kenny is survived by three daughters, Amanda VanZandt (Jake Gomez) of Abilene, Katie Frederick (Brock) of St. Clairsville, Ohio and April VanZandt of Burleson. Three siblings, Ginger Ferguson (Leigh) of Buffalo Gap, Tim VanZandt (Becky) of Eula and Liz VanZandt of Buffalo Gap. And seven grandchildren as well as many nieces and nephews. Kenny will be missed and never forgotten.
To order memorial trees or send flowers to the family in memory of Kenny Lee VanZandt, please visit our flower store.