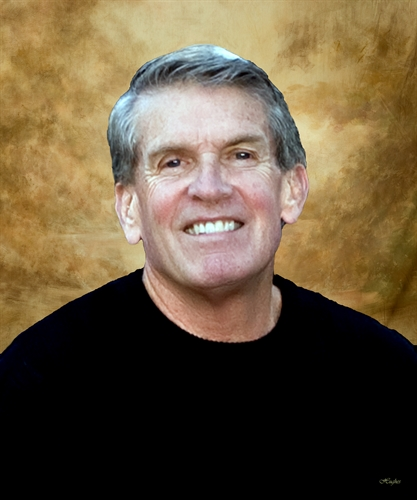 On September 12, 2019 Kenneth Warren Liles, Jr. crossed the divine finish line, leaving his Earthly home and awakening in his Heavenly one.

Born in Abilene, Texas and raised in Throckmorton, Ken was a proud West Texas boy who loved hunting, fishing, golfing, running, dancing, a good game of 42, a hot craps table and Aggie football.

Ken knew his backyard well and actively worked to give his boys, Kevin and Mark the experiences he had growing up.  Being a father was one of the biggest joys of his life; and that joy doubled when he became a proud grandfather.

Ken planted roots in Abilene where he spent his career in the insurance business.  When he wasn’t actively serving his clients, family or running marathons, he made time to give back the community he adored and served on many boards. It was during this chapter of his life when Ken met his greatest dance partner, Nanci. Their devotion to each other took them from the highest mountains in Alaska to the sandiest beaches of the Caribbean and yet…their greatest adventures were always back home in Abilene helping to raise his step-daughter Jessica.

You could often find Ken lending an ear to someone who needed one. He was a caring and loving friend and always made people feel they were the most important person in the world.

Ken is preceded in death by his father and mother Kenneth Warren and Evelyn Liles, his sister, Carolynne Gibson; and his son, Mark.

The family would like to thank those who helped Ken and through his Alzheimer’s journey and brought comfort in his final days: Kathy Blevins, Touching Hearts at Home, Visiting Angels, Hendrick Hospice and his most loyal friend and 4-legged companion, Trapp.

In lieu of flowers, please make a donation to the Alzheimer’s Association or the charity of your choice.

While we mourn his passing, we take solace in knowing he didn’t just have a life, Ken lived life well. He’d want you to do the same. Do not take too much time to grieve; Ken would just want to make sure you find time for one more hole on the course, one more dance with your love, one more lap around the block.  We have no doubt that as he crossed his divine finish line he was awarded another high five and seven precious words. “Well done, my good and faithful servant.” See you on the other side, sweet Ken.

To order memorial trees or send flowers to the family in memory of Kenneth Warren Liles, please visit our flower store.