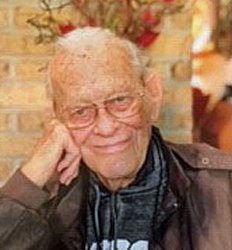 Born in Corsicana Texas on March 10, 1928 to Greeley and Minnie Aston, Ken graduated from Hardin Simmons University in 1948, and was a member of the Cowboy Band. He later taught public school band in West TX, Albany TX, and was assistant band director at Abilene High School.

Ken married Carolyn Harris in 1949, and he later sold life insurance in Abilene from 1956 until 1977. He worked for FEMA from 1997 until 2010. Ken was a member of the Church of Christ. He was a charter member of the Abilene Philharmonic and stayed active playing the French Horn with the Metropolitan Winds until 2003.

Ken was preceded in death by his parents, brother Doug, and by his wife Carolyn. He is survived by son Mike and his wife Susan of Abilene; son Mark and his wife Jeannie (Olsen) of Flagstaff Az; son Matt of Wills Point TX ; daughter Martha Simon and husband Jim of Truckee CA. Ken also leaves behind his grandsons, Jordan Aston of Lubbock TX, Jared Aston of Los Angeles CA, Andrew Walker of Yosemite, CA, and Alexander Aston of Flagstaff AZ. Memorials can be sent to the Children’s Home in Lubbock TX.

To order memorial trees or send flowers to the family in memory of Kenneth Ray Aston, please visit our flower store.