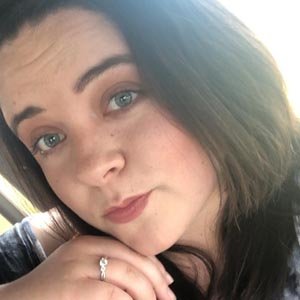 Katelynn Paige Brooks, age 24, of Abilene, went to be with the Lord Jesus Christ Thursday, January 21, 2021.

Funeral services will be held at 10:00 am, Saturday, January 30th, 2021 at Beltway Park North campus with Geoffrey Turner, of Beltway Park, officiating. Burial will follow at Elmwood Memorial Park. Services are under the direction of The Hamil Family Funeral Home, 6449 Buffalo Gap Road.

Katelynn was born in Odessa, Texas on October 16, 1996, to Aaron and Sarah Brooks. She grew up in Abilene, TX in a home full of music, joy, and lots of laughter. Katelynn was a loving sister to her younger brothers Chase and Colton.

The relationship between Katelynn and Chase has always been unique because of their friendship and it didn’t include the normal sibling rivalry. But if you asked her brother, Chase, he’d say sometimes a bit of a mother hen. Even with the age difference between Katelynn and Colton, anytime Colton would see her, he would light up with such joy and excitement.

She was an avid reader, a trait which she inherited from her mother, and could always be found with a book in her hand and a smile on her face. Her father instilled her love for music, animals, and goofiness. A lot of her childhood was spent going to live concerts and camping with her parents and brothers.

In her naturally independent and ambitious nature, Katelynn graduated from Cooper High School in 2014 with honors a year earlier than scheduled.  Soon after, she answered the call to work in the medical field and enrolled in the EMS program at TSTC. While in the program, she obtained her EMT license in 2016 and her Associates in Applied Science and Paramedic license in 2018.  Shortly after, she met her fiancé, Judson Sconce. They went on their first date April 3rd, 2019, soon became each other’s world, and got engaged on April 24th, 2020. They enjoyed sharing time with each other’s families and blended their friend groups together as they grew in love with each other. Not wanting to spend time apart, they worked together as paramedics helping those in need and spent their time off planning a beautiful Spring wedding, loving on their dogs, and dreaming of their future life together. She had met her soulmate, and they were to be married in May of 2021. Throughout Katelynn’s career in EMS, she served many communities and was a member of Stamford EMS, Metro Care, and Fisher County Hospital District where she once again put her responsible organizational skills to work as their assistant manager.

Katelynn attended church at Beltway Park and was an extremely sweet and compassionate individual known for her old soul and caring nature. Her unmistakably tender heart showed in everything that she did and impacted everyone that she met.

Katelynn was preceded in death by her uncle, Adam Brooks, and maternal grandfather Alan “Donnie” Gardner.

Donations may be made in Katelynn’s name to Hendrick Home for Children in Abilene, Texas.

Judson and the Brooks Family would like to extend our sincere thanks to the Fisher County Hospital District and medical workers that looked after Katelynn. They would also like to extend a special thank you to anyone who prayed for Katelynn, Judson, family, and friends during this trying time and would request that you keep them in your thoughts and prayers during this season.

To order memorial trees or send flowers to the family in memory of Katelynn Paige Brooks, please visit our flower store.