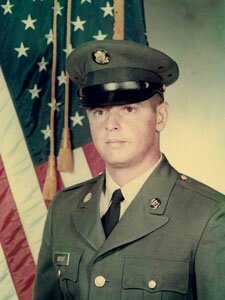 John Randall “Randy” Wright, 71, of Abilene, passed away peacefully on August 26, 2021 surrounded by his family.

Time for visiting will be Tuesday, August 31, from 9 am until 10 am at The Hamil Family Funeral Home, 6449 Buffalo Gap Road, with funeral services immediately following at 10 am, with Pastor Randy Estes officiating. Burial will be at McBee Cemetery.

Randy married Gail on June 19, 1974 in Abilene, Texas. He was a truck driver for numerous companies and an independent owner/operator.

Randy had several hobbies which included hunting, fishing, racing cars, and spending time camping and boating at the lake with his family. He had a true love for his family and his bride. He was very honored to be a Vietnam Veteran and was proud to serve his country. Later in life when Randy was fighting Agent Orange he developed a love for his two little dogs, Jerry Lee and Jaxon.

To order memorial trees or send flowers to the family in memory of John Randall Wright, please visit our flower store.