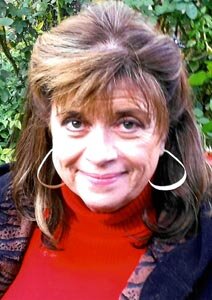 A celebration of her life will be held at the First Central Presbyterian Church, 400 Orange, Abilene, Texas, in the “Faith Hall” on November 17, 2022 at 6:15 p.m. with service to begin at 6:30 p.m.  This will be a celebration not a funeral.  Casual attire is recommended or “come as you are”. There will be refreshments for everyone to enjoy at the celebration.  There we will celebrate her life among friends and relatives.  All of those that contributed to kindness and friendship over the years are encouraged to attend.

Jo Ann was born on January 12, 1947, in Lawrence, Kansas.  Her mother and father, Betty and Howard Robbins.  She grew up in North Carolina, but predominately in Galveston, Texas.  She graduated from Ball High School in Galveston, Texas.  Jo Ann attended Baylor University in Waco, Texas where she met her husband, Randy Wilson and they were married on May 6, 1966.  She and Randy moved to Commerce, Texas while he attended college at East Texas State University and then to Waco, Texas until he graduated from Baylor School of Law.  They then moved to Abilene, Texas where they lived for a short period of time, and then to Dallas, Texas and Galveston, Texas while Randy pursued his career as an attorney.  In August of 1975, they returned to Abilene, Texas where they resided.

Jo Ann was pretty much a “stay at home mom”, but became very involved in the “non profit” areas of Abilene.  She was involved as a volunteer and officer in Abilene Community Theater, the Grace Museum, Center for Contemporary Arts, Abilene Junior League, Abilene Community Foundation, American Red Cross, Abilene Philharmonic.  When their youngest child graduated from high school, she began to work and was employed by West Texas Rehabilitation Hospice, Abilene Community Foundation, Big Brothers Big Sisters, and retired from Disability Resources Inc. And further, volunteered in many more “non-profit” organizations including the SPCA.

Jo Ann is survived by her husband of more than 56 years, Randy, her daughter Tami Burton and her husband “Chip” Burton, their two children Blake and Drew Burton all of Cedar Park, Texas;  Jo Ann and Randy’s son, Robbie Wilson, his wife, Emily, and their two sons, Colt and Maverick of Ross, California;  she is also survived by her two sisters, Susan Curnutt of League City, Texas and Jackie Cherry of Galveston Texas.  Her mother, Betty Robbins and father, Howard Robbins predeceased her.

Jo Ann requested that rather than flowers or plants, please make a contribution in her memory to

Rescue the Animals, SPCA, 4620 North 1st Street, Abilene, Texas 79603 as she dearly loved her volunteer services there and dearly loved her own cats and dogs, most of which were rescued here in Abilene.

To order memorial trees or send flowers to the family in memory of Jo Ann Wilson, please visit our flower store.