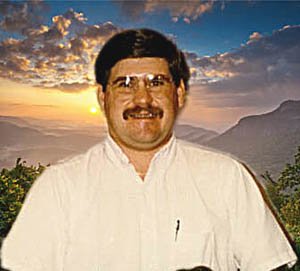 the Jerry Alfred Paulson passed away on June 18, 2021, in Abilene, Texas. He is survived by his wife of 43 years, Lori Dillard Machen Paulson; sons Justin Paulson (Sarah) of Tulsa, Oklahoma, and Tyler Paulson of Abilene. He had 4 precious grandchildren he completely adored: Nola, Jude, Parker and James.

He was preceded in death by his father, Alfred Herbert Paulson & his mother, Margaret Lucille Wolf Paulson, as well as grandparents, Jerry and Ola Wolf of Lampasas and great aunt Nell Wolf and Al Paulson of San Francisco, CA

Jerry was a loving husband & father. He was a Right-of-Way agent for WTU/AEP for 30 years.  He enjoyed coaching his son’s sports activities and helped start Wylie Little League. He loved playing golf, watching sports, hunting, fishing & spending time with family & friends. He never missed a school or sports activity his boys were involved in. He was a kind and loving man with a great sense of humor and was loved by so many.

4. His favorite number was 4 because back in high school he and Lori would talk on the phone and of course it was a landline in the kitchen at his grandparents house where everyone could hear so when they wanted to say I love you in front of family members they would just say “4” which to them meant I love you forever! So after that every card or note they gave to one another always had a “4” on it and sometimes they might even just leave a note with just a 4 on it.

In lieu of flowers, the family would like for memorial donations to be made to the charity of the donor’s choice.

To order memorial trees or send flowers to the family in memory of Jerry Alfred Paulson, please visit our flower store.