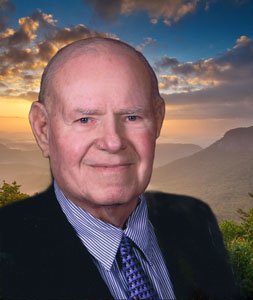 Funeral services will be held 10 a.m. Monday, March 1, 2021 at the Pioneer Drive Baptist Church with Dr. Jeff Reid, officiating. Interment will be 1 p.m. Tuesday, March 2, 2021 at Elmwood Memorial Park under the direction of The Hamil Family Funeral Home.

He was born on September 19, 1936 in Amarillo, Texas to J.C. and Tessie Hunt. He was raised by his grandparents, E.E. & Julia (Sparkman) Cullen in Abilene.

Cullen was a 1955 graduate of Abilene High where he excelled in sports. He played football for Abilene High School on the team which would later be named ‘The Texas High School Football Team of the Century’ for winning forty-nine straight games and three state championships. Cullen played football and baseball for Texas Tech University. He also served in the National Guard.

Cullen worked in the insurance industry for many years. Later he worked as an insurance adjuster and was a storm trooper for many natural disasters.

He was preceded in death by his brother, Ernest Hunt and two sisters, Norma Nash & Julia Ward; and his parents and grandparents.

Serving as pallbearers will be Buddy Martin, Bruce Morris, and Teddie Jack Key.

Honorary pallbearers will be the 1954-55 Abilene High School “Team of the Century”.

Family suggests memorials may be made to the Love and Care Ministries, 233 Fannin St., Abilene, Texas 79603.

To order memorial trees or send flowers to the family in memory of Jerry Cullen Hunt, please visit our flower store.