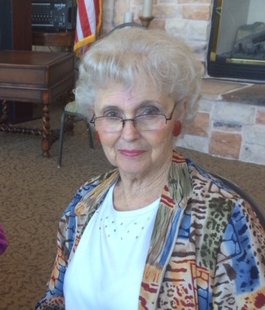 Graveside services will be held at 2 p.m. Friday, January 29, 2021 at Elmwood Memorial Park with Joe Mark Cargile and Jud Powell, officiating. Services are under the direction of The Hamil Family Funeral Home, 6449 Buffalo Gap Road.

Jenny was born on November 15, 1934 in Henderson, Texas to Hubert and Mary (Isbell) Cargile.  She graduated from Hardin-Simmons University with a degree in Elementary Education.   She and Claude Hicks were married on February 18, 1956 in Snyder, Texas. He preceded her in death on September 1, 2012.

Jenny worked alongside with Claude in their dedication to children at the Hendrick Home for Children. Claude was the President and Jenny was the First Lady. Together, they expanded the home, as they served as a mother and father to many children who passed through the doors. They genuinely loved, influenced, and encouraged hundreds of lives. Claude was instrumental in giving away many daughters in their weddings as Jenny served as a counselor to these young ladies.

Jenny was preceded in death by her parents and a twin brother, Joe Cargile. She is survived by two nephews, Joe Mark Cargile of Crosbyton, Texas and Michael Cargile of Girard, Texas.

Family suggests memorials may be made to Hardin-Simmons, Claude and Jenny Hicks Scholarship Fund.

The family of Jenny Hicks wishes to extend our sincere thanks to the staff at the Hospice of the Big Country.

To order memorial trees or send flowers to the family in memory of Jenny Hicks, please visit our flower store.