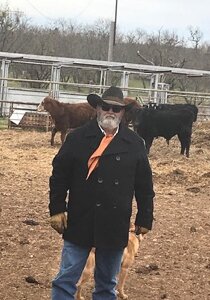 From a small child he always was a cowboy. This started with helping on the family ranch, to team roping as he got older, to finally running the ranch.  He loved raising horses and cattle. One of his hobbies was even owning draft horses & different wagons and carriages. He would take friends and different school groups and neighbors on rides through the neighborhood and local parades.

Dwain was involved in several community groups, including the Wylie FFA Booster, Potosi Water Supply and the Taylor County Farm Bureau. He served on the board on all these groups and was often President of these organizations.  He dedicated over 20 years of service to these organizations.

Dwain was a man with a memory of a good restaurant. If you ever told him you were going to or had been somewhere, he could always ask if you had eaten at a certain place or suggest somewhere to eat. That often led to comparing that place to several other places all over that you should try. This also inspired some of his cooking. He enjoyed cooking for family & friends. Always coming up with something to put on the grill or smoker for the next organizations’ banquet or fundraiser.

He was known for his joking personality, and that often involved pranks that he thought were funny. You never knew what joke or prank he was going to tell next.  He loved retelling the stories of his pranks to everyone. Some of them as far back as childhood would still be retold with a laugh.

Dwain was a family man and was much loved by his family. He is preceded in death by his parents Jack & Marie Vinson, and grandson Archer Vinson. He is survived by his wife, Ruth Vinson; 2 kids Darrell (Ginger) Vinson & Tracy Vinson (Ross Bullinger); step-sons, Jon Mark (Cari), Jamey, and Jim Bob; sisters, Vickie Vinson (Terry), and Evelyn Tilbrook (Chuck); grandchildren, Daniel and Ann Marie Vinson, Grayson, Baylee, and Jorin Cloud, Cade and Chrisily Ford, as well as his aunts, nieces, and nephews.

To order memorial trees or send flowers to the family in memory of James Dwain Vinson, please visit our flower store.