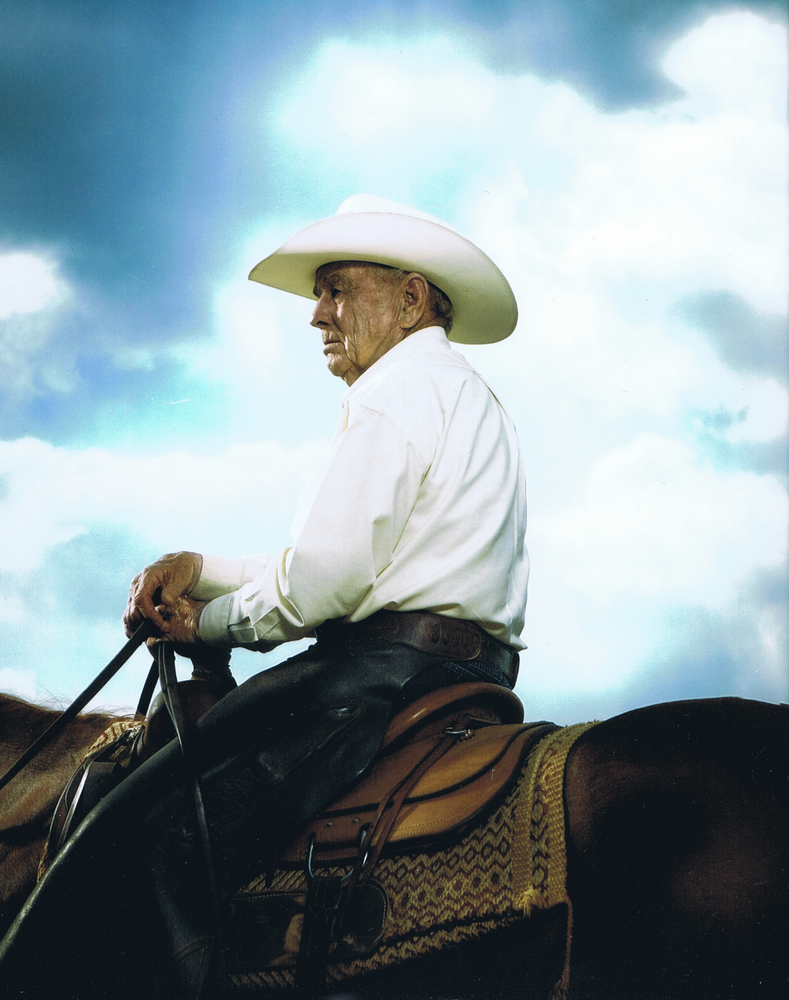 Donald married Jean Rodgers on December 21, 1946 in Abilene.  She preceded him in death on May 19, 2012. Donald and Jean were active in the cutting horse circle where she enjoyed critiquing him from the stands.

Memorial contributions may be made to Bethel Assembly, 101 Commercial Ave, Anson, Texas 79501, or the donor’s charity of choice.

To order memorial trees or send flowers to the family in memory of James Donald Rutledge, please visit our flower store.