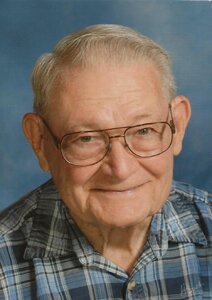 Keither Martin was born in Gorman, Texas to Frank and Faye Martin on January 31, 1934. He graduated from Plainview High School and immediately began his lifelong career as an accountant. He married Pat Hudson on February 16, 1952, in Texico, New Mexico. He grew up in the United Pentecostal Church as a pastor’s son and learned to play the mandolin for services. Later in life, he met and married Connie Canaga, and together they moved to Abilene, Texas. He was the church secretary and bookkeeper for New Beginnings; he and his wife formed the Golden Pillars, and were heavily involved, making church their priority.

Keither was preceded in death by his wife Connie; his parents Frank and Faye; his brother Elroy Martin and sister-in-law LaJoyce Martin; as well as his stepdaughter Julie Talley.

The family wishes to extend their sincere thanks to Hendrick Medical Center and staff, Kindred Hospice, New Beginnings Church, Southpoint Church, and Neisha Wilson for their care and assistance.

To order memorial trees or send flowers to the family in memory of James "Keither" Martin, please visit our flower store.